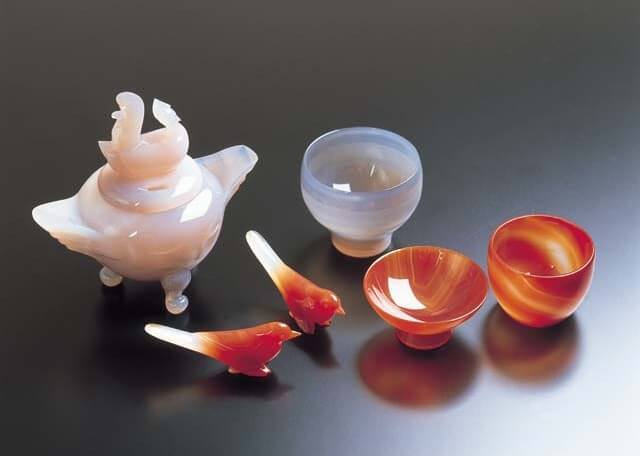 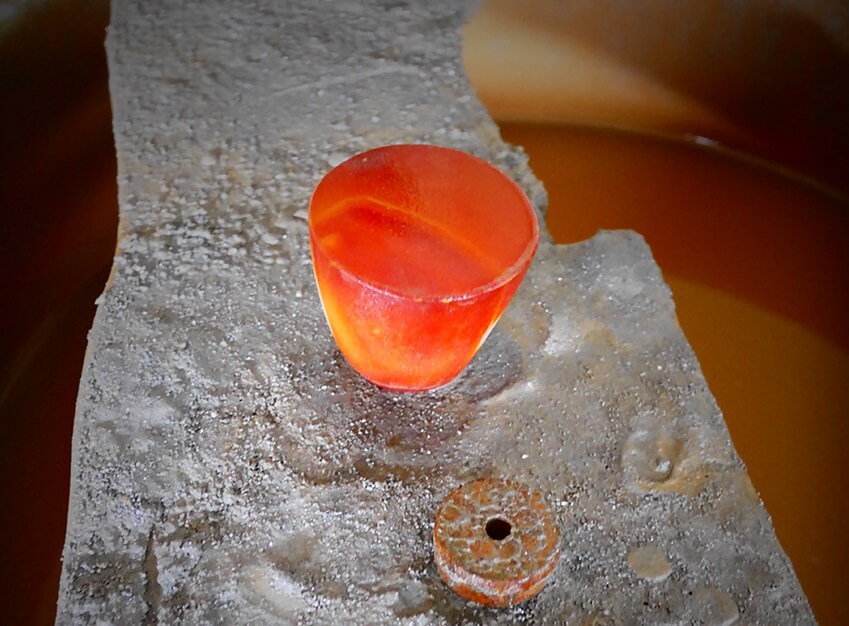 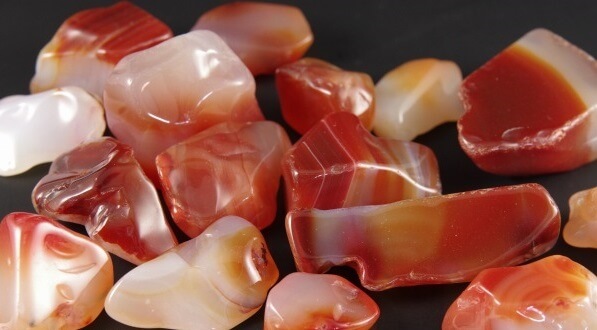 Agate, or ‘menou’ in Japanese, is a bright red jewelry that resembles a burning fire with a transparent quality. It is one of the Buddhist concept of ‘shichihou (seven treasures)’ along with jewels such as gold, silver, and lapis lazuli.

Agate is naturally a fine stone with stipe patterns, but its real beauty is in the transparency and sleek texture that appears under the light after painstaking polishing. 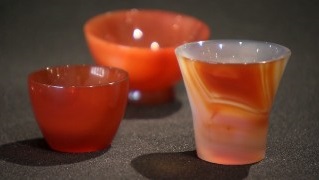 The half-transparent red comes from the process in the making of agate craft which involved heating up of the stone. This is a technique that was developed by Kihe Takayama during the Edo era, when he saw an agate placed nearby the fire by coincidence. After the founding of this technique, agate became a popular stone for decorations and accessories. The more elaborate techniques of sculptures and crafts were developed during the 19th century, which continues to be practiced today. 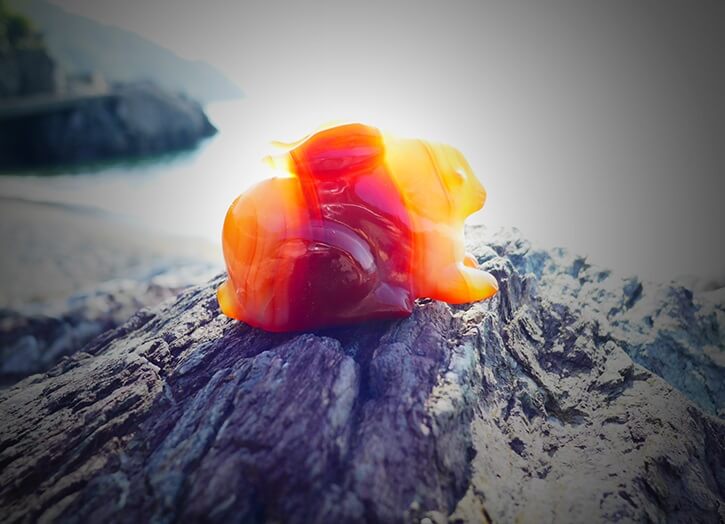 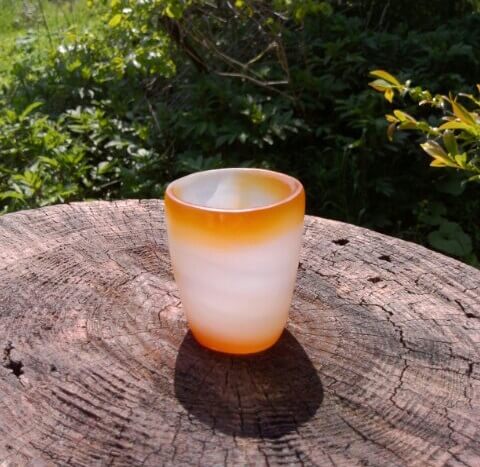 This is a cup made from agate. Not to mention the beauty created by its transparency, but its delicate texture is something you cannot experience elsewhere. You’d be surprised by its pleasant smoothness once it touches your lips.

This workshop also produces other agate crafts which emits a beauty that cannot be found anywhere else. 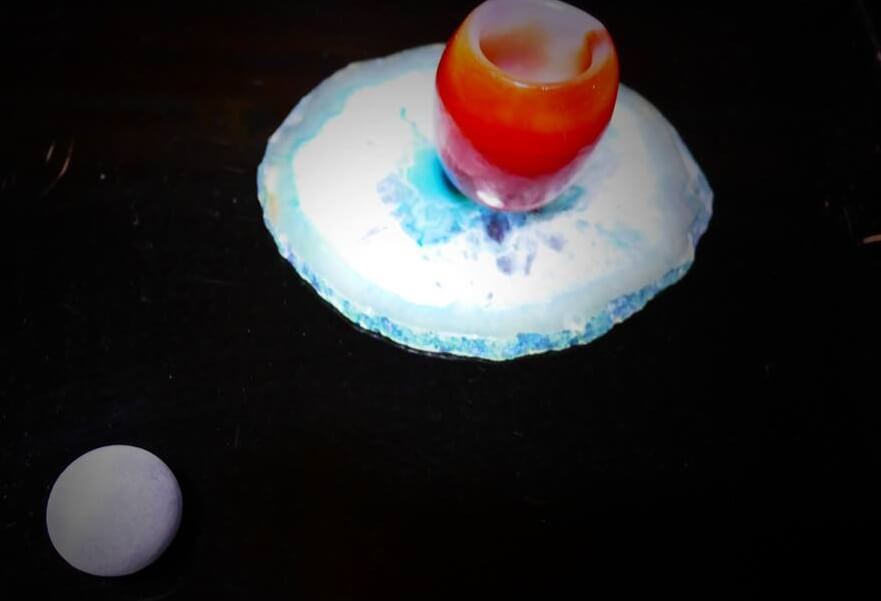 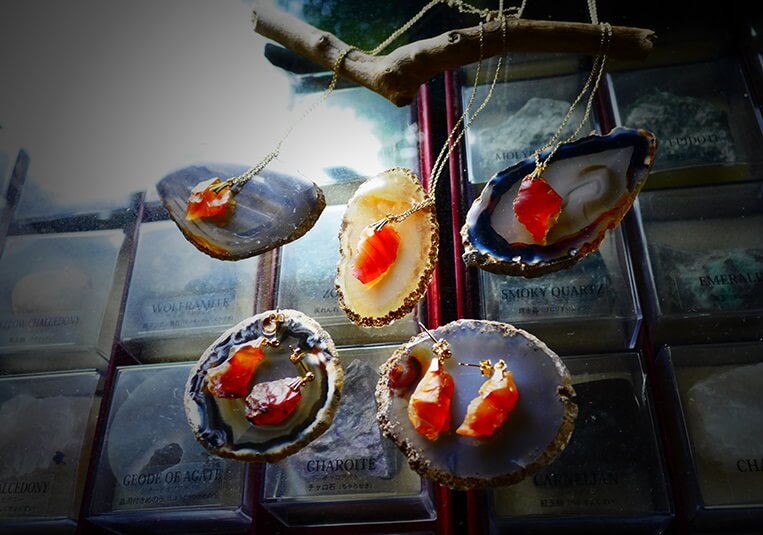 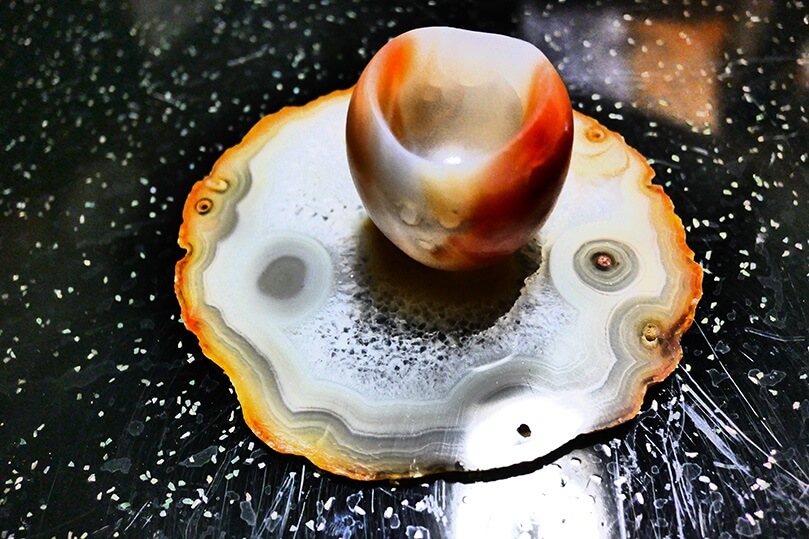 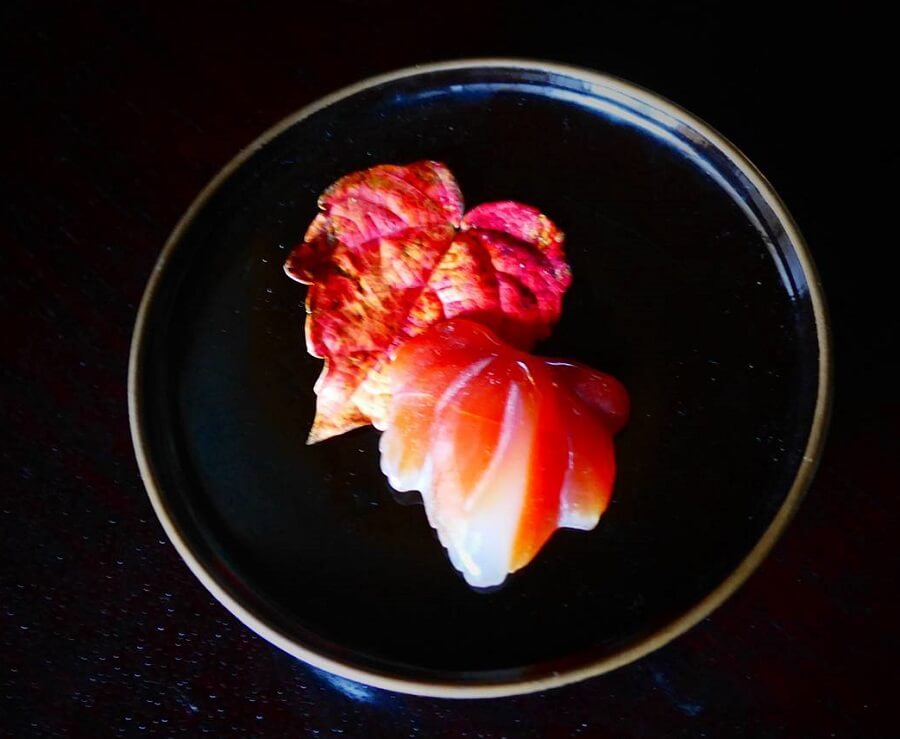