Have you ever heard “Oni”?

It’s an imaginary creature originated in Japan. S/he is considered to look like… 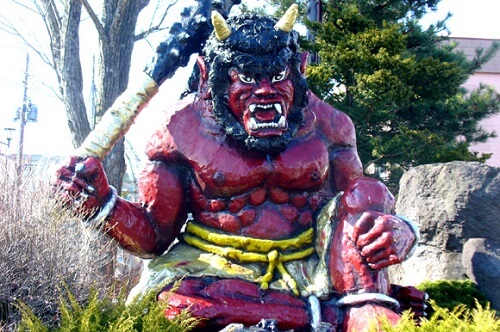 Oni may be translated to ogre or daemon.
However, concept of Oni is not precisely matched correspond to ogre/daemon.

Oni is supposed to be an evil in many cases;
Oni kidnaps babies, kids and ladies in some fairy tales.
Oni came to villages to act violently and annoyed people in some legends.

Thus, Oni varies its appearance and role based on stories.
Oni is treated as a symbol of strength, evil, fear, big etc.

However, Oni sometimes helped or cooperated people.
Some Oni helped to build a bridge in a river with a fast current with his strength.

Therefore, you may have seen a roof tile like this. 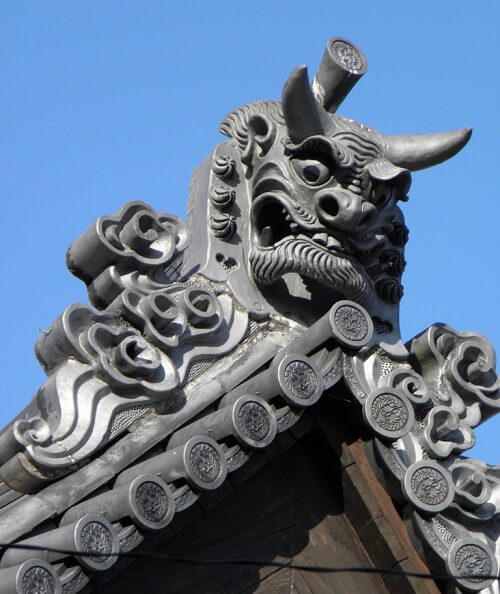 This is named Onigawara (Japanese gargoyle roof tiles).
Thanks to Oni’s strength, this type of roof tiles is believed to repel evils.
In its context, Oni is not considered as an evil. (because it is there to repel evil)

Oni is an interesting creature, not always evil, but it frightens kids anyway.
You may be find some Oni when you walk around Japan… in the top of roofs, objects in a souvenir shop, or some place you may get lost…