How do you drink sake?
If you’re a sake lover, perhaps you know about the traditional bottle and cup that Japanese people use to drink Sake from: tokkuri and ochoko. Maybe you even have them at home, and use it daily to enjoy your sake. But did you know that there’s a specific way in which they use these items?
It’s not exactly a must, but there are rules surrounding the drinking of sake that some Japanese people still follow today.

In this blog, I’d like to introduce to you some of the manners centering the use of tokkuri and ochoko. 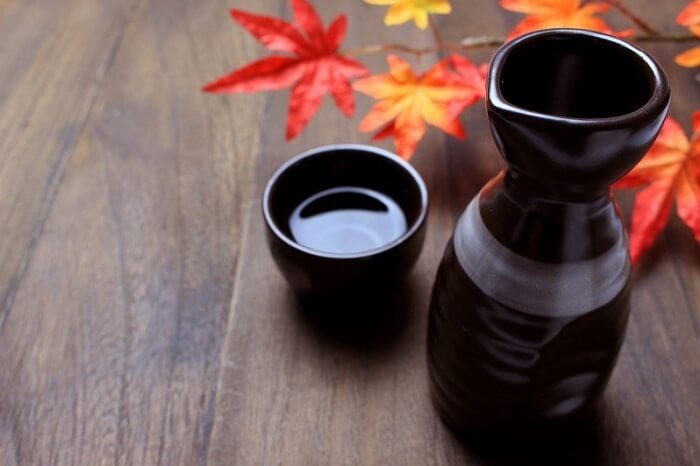 How to Offer and Receive Sake
A Trap: Don’t Pour from Spout
There are Some Other Minor Rules

How to Offer and Receive Sake 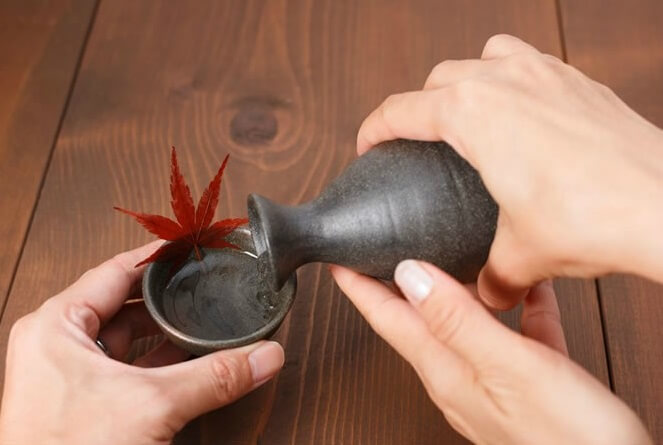 How to offer sake

When you offer a sake for someone, hold the body of tokkuri firmly with your right hand, and place your left hand place your left hand near its mouth. Do not start pouring until your friend or your boss holds the cup in their hand, because pouring it directly into the cup on the table is considered rude. If you pour it too quickly, it might spill out of the cup so make sure to be slow and steady.

Also, it is considered a bad manner in Japan to go around with a sake bottle in your hand. When you want to offer sake for someone, it’s a good idea to go to them directly and use what’s on the table.

How to Receive Sake

If someone offers you sake, hold your cup in your right hand. Some elders forget about manners when a younger person offers sake, but whether the offeror is younger or not, it’s polite to place your left hand under the ochoko when the sake is being poured.

After your cup is filled, taking at least one sip is considered a good mannerism. Make sure to not finish it completely, so that you won’t appear as someone just waiting for the sake to be poured again.

A Trap: Don’t Pour from Spout 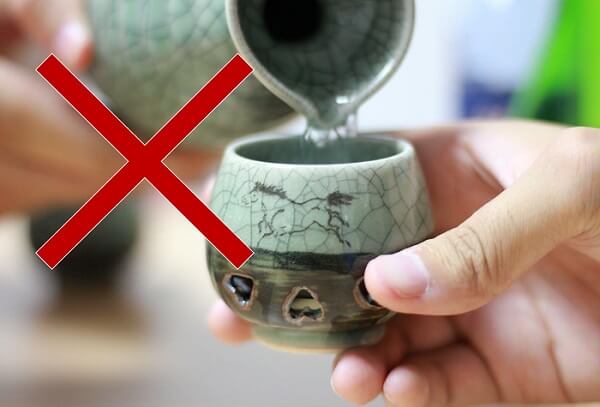 You’ve probably noticed that some tokkuri has an obvious spout at its rim. Yes, it does look tempting.
BUT
This is a trap.

While this doesn’t make sense in English, the kanji that is used for ‘rim (ふち)’ is also used to express ‘relationship’ in Japan, and thus using this spout would be telling the receiver that you want to end your relationship with them.
(Other theory says that during the Sengoku period, poison was applied to the spout of the tokkuri as a mean of assassination and thus it’s a rude manner to use the spout) 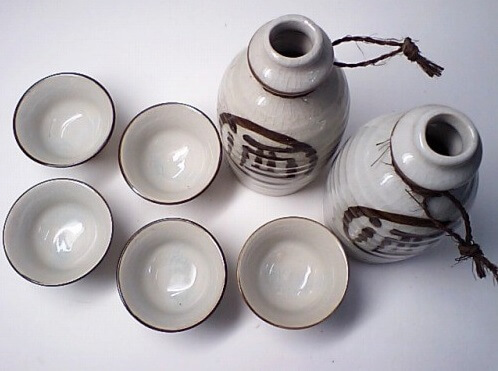 There are Some Other Minor Rules

Other than the manners mentioned above, there are a lot of minor rules regarding the use of sake bottle and sake cup. I picked up a few and listed them below.

So how was it? Did you know all the rules written in this article? If you didn’t, well now you know, and if you did, congratulations, you probably know a lot more about sake than typical sake drinkers in Japan!

I wrote an article on the practical use of tokkuri, so check it out if you’re interested: “Reasons You Shouldn’t Microwave Sake: Right Way to Use Sake Bottle”