It became warm this week.
It’s time for cherry blossoms wake up! Not only for tourists from outside Japan, blooming of cherry blossoms interests Japanese people as well.
In Japan, the Meteorological Agency and some other companies publish cherry blossoms forecasts.

Weather news say it opens a bit earlier in 2018, compared to the average year. 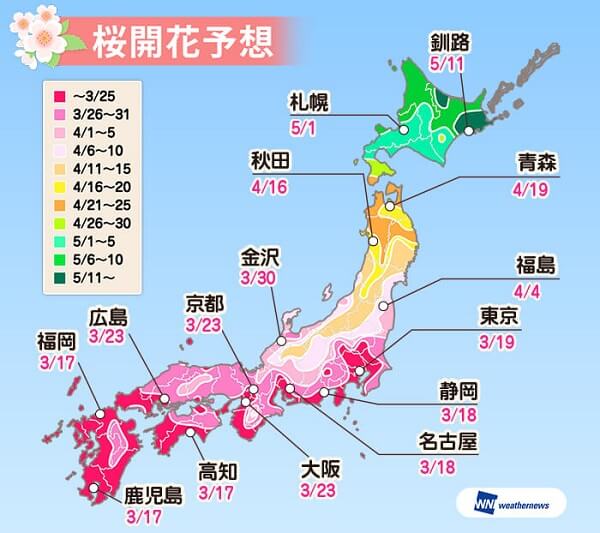 The map shows the forecast of flowering date in each major city of Japan.
A bit earlier than the average year, the forecast date when cherry blossoms opens is:

(Listed from south-west to north-east part of Japan)


It is also anticipated that full-blooming of cherry blossoms is approximately 7-10 days after flowering date.
Blooming period is greatly affected by climate (it sometimes ends suddenly by raining after full-bloom..), but you can enjoy blooming for a week or so after full-bloom. 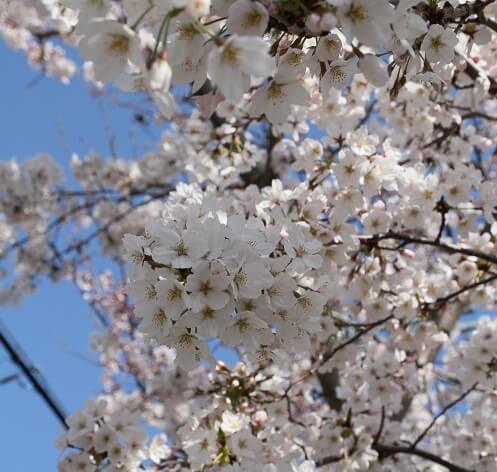 Because it was severely cold in this Winter, “dormancy breaking” happens and buds of cherry blossoms grew rapidly. In March, we had consecutive warm days over 20 degrees Celsius (68F), which made buds grew earlier than usual.
According to the weather forecast, sunny warm days continues and buds also continues to grow. Therefore, flowering date of cherry blossoms are anticipated to be “earlier” in West Japan and “a bit early” in East Japan compared to the average year.

In earliest area, some cherry blossoms opens in this weekend. Trees growing where getting a lot of sun and less breeze, they tend to open earlier compared to surrounding trees.
Actually, a tree close to my home in West Japan has already opened! 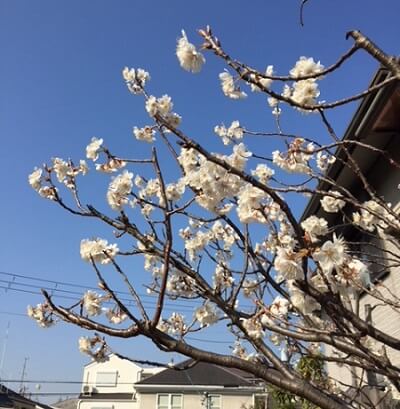 Enjoy one of the best season of Japan!