Have you seen carp flags flown in Japan? It’s like fishes flying in the air. 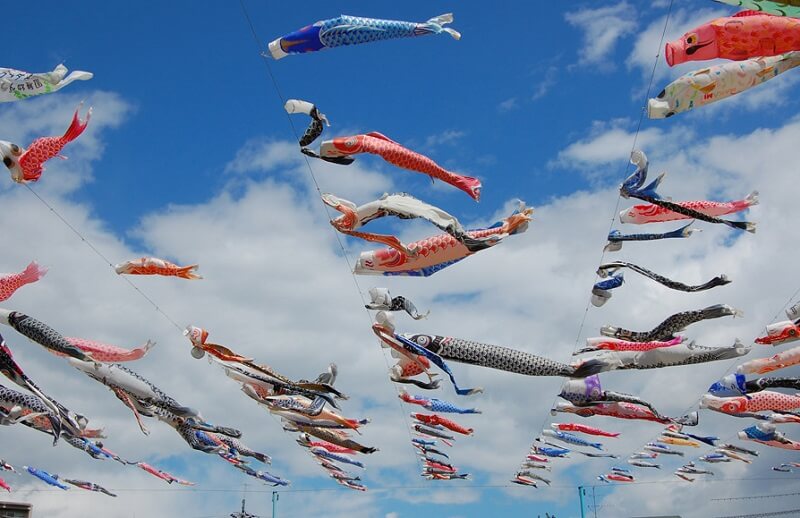 These flags are called Koinobori, meaning carp flags, which is a traditional decoration to hung it outside the house to wish the boys a successful life. Japanese people display the carp flags from April through early May, for the Children’s Day (May 5th).

In this article, we introduce history, customs, sightseeing spots of Koinobori, and other interesting information such as “why carp?”

History: Why Carps Flying in the Air?

Carp symbolizes advancement and success in life.
There is an old story. Once upon a time, many kinds of fishes tried to swim toward the upstream of a long river named “Koga River”. Although most fishes gave up, only a carp succeeded to reach the upper stream and became a dragon. Since then, carp became to symbolize advancement and success.

Shogun of Edo period started to raise flags in which carps are drawn. It is to celebrate a new born boy in Shogun’s family. Shogun is the top general of the era. By raising carp flags, a symbol of advancement and success, they prayed for the prosperity of descendants. At the same time, Shogun displayed his power to people by raising great flags of carp.

Then, some other people with power and money begun to imitate Shogun. They also prayed their children’s advancement and success in their lives. Someone added some decorations around the carp flags, other one added other colors, and some others added other types of flags or windsocks in addition to carp flags. This was the origin of Koinobori.
Generally, they’ve raised Koinobori in April to early May. And this custom is called the Boy’s Festival, or it also called “Tango no sekku”.

Design: Typical Pattern of a Set of Koinobori

There are several variations in minor part, a typical pattern of Koinobori is as following. 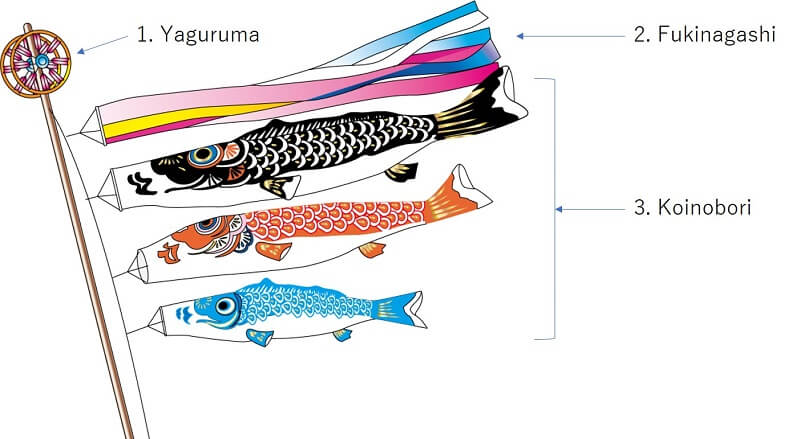 From the top of the pole down,

Traditionally, there is a song for Koinobori. This song often sung by children and their families at around the Children’s Day (May 5th).

Lyrics of the Koinobori Song

Higher than the roof-tops are the koinobori
The large carp is the father
The smaller carp are the children
They seem to be having fun swimming.

In some areas, the following districts will raise carp flags to celebrate the special occasion. It’s a common scene in rural areas. 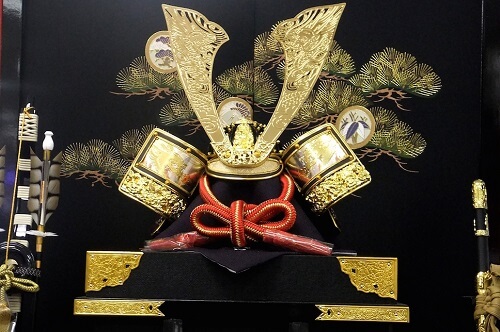 It is common for a family that has a son to decorate their house with carp flags and Samurai armor dolls to wish for their son’s health and success. In addition to raising Koinobori in the garden, people in Japan have also displayed Samurai armour, helmets (we call it Musha ningyo meaning Samurai Warrior dolls) in the house, wishing for the boys to grow to be strong and wise. 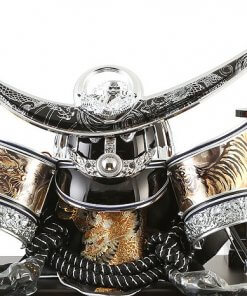 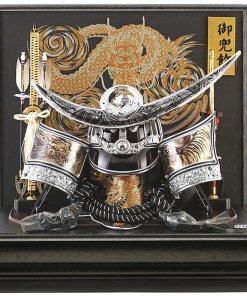 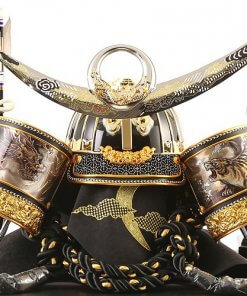 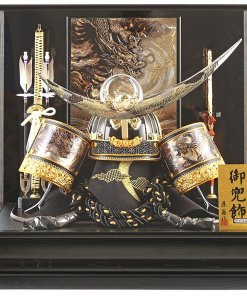 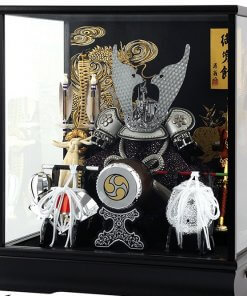 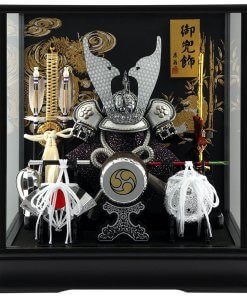 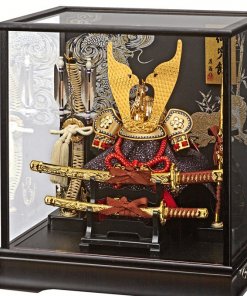 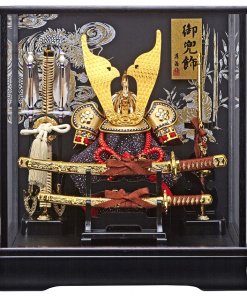 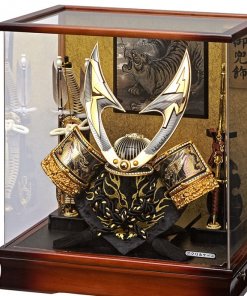 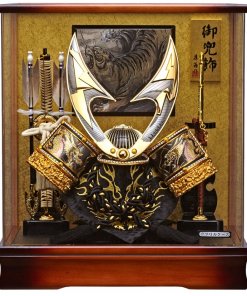 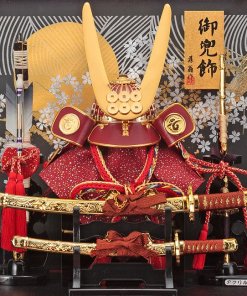 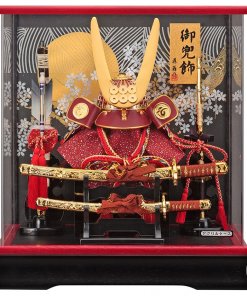 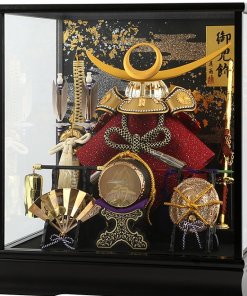 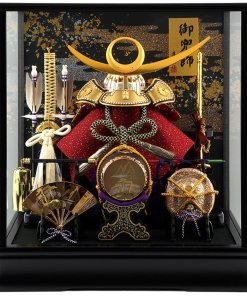 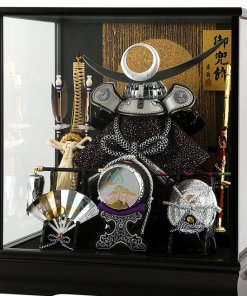 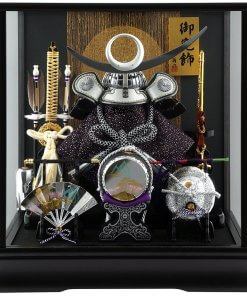 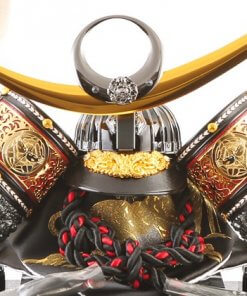 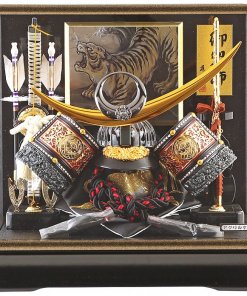 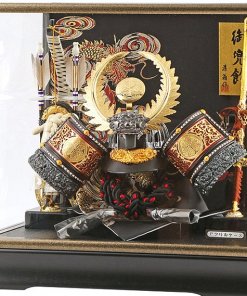 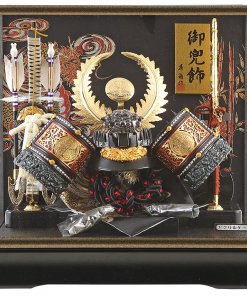 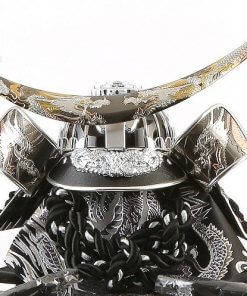 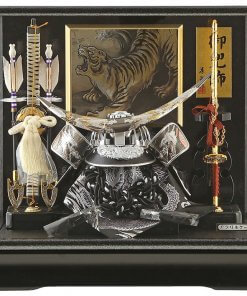 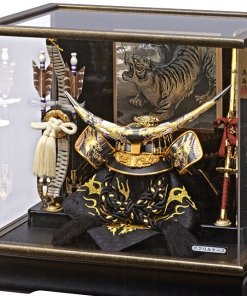 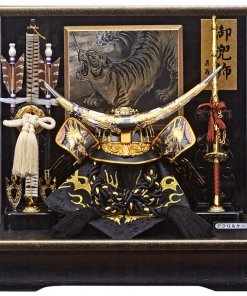