Edo Woodprint is a multi-color printing technique unique to Japan used to make pieces such as the Ukiyo-e. It became increasingly popular and thus advanced during the latter half of Edo Period when ‘Chonin-bunka (Culture of the merchant class) began to blossom. Kitagawa Utamaro, Toshusai Sharaku, Katsushika Hokusai are few of the Japanese artists who helped take this trend to the next level.

In this blog post, I’d like to introduce to you some of the Ukiyo-e masterpieces reprints from Hokusai and Hiroshige, and demonstrate how multi-color Edo Woodprints are made.

The Ukiyo-e I introduce to you today are the reprints produced by the artists who inherited the exact, unchanging technique and skills from 200 years ago. In order to preserve and expand this culture of art, the people of the studio officially recognized by the government for traditional art and crafts came together to recreate the prints. 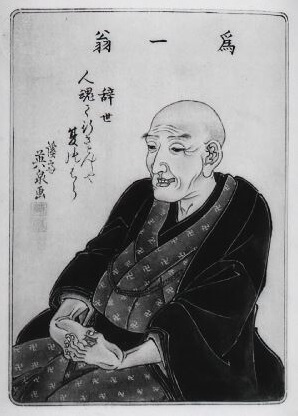 Hokusai’s paintings became popular during the widespread of Japonisme (Study of Japanese art and artistic talent), which began from the Paris International Fair in 1867. Among other Japanese art pieces, Ukiyo-e was introduced to the European audiences for the first time at this fair. It is said that features such as the bold use of composition and bright colors, both of which were unusual in conventional European paintings, had a huge influence on the European artists of the Era, and lead the birth of Impressionism.

The artists who were influenced by Hokusai include Vincent Van Gogh (1853-1890) and Edgar Degas (1834-1917). Having been one of the most influential Japanese artists in Europe, Hokusai achieves a very high evaluation worldwide. The variety of masterpieces that Hokusai has left receives an even higher reputation 160 years after his death, and he is still considered one of the greatest artists of all time.

The arts of Hokusai 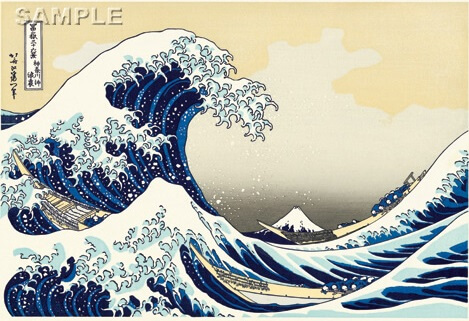 This is one of the most popular masterpieces from Hokusai.
A huge wave is about to break, splashing particles of water everywhere. The ships are barely holding itself together, letting the trend of water lead its way. 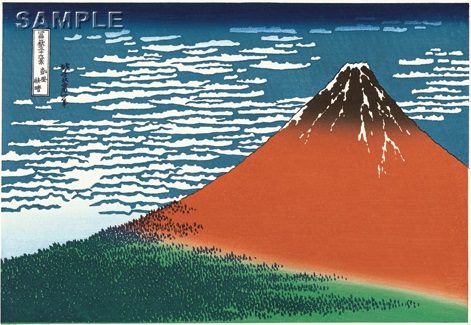 It is said that Mount Fuji sometimes changes its color in early mornings of autumn. It gradually changes its color to red as if to mark the beginning of our day.
The art is of the scene of Fuji, just been visited by the daylight and the sky full of cirrocumulus clouds. The dark mountain top shows that the night has just left, as the lightened mountainside expresses the start of a clear day without rain. 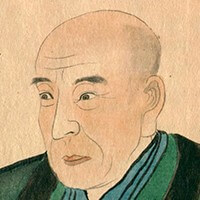 Raival Ukiyo-e artist of Hokusai who left masterpieces such as “53 Stations of the Tōkaidō”.

He mainly produced ‘Bijin-ga (Ukiyo-e portraying beautiful women)’ and ‘Yakusha-e (Ukiyo-e portraying actors)’, but he began working on landscape pieces such as “Famous places in the Eastern Capital”, and later became famous for “53 Stations of the Tōkaidō” as a landscape artist in 1833. The popularity among the people were equally divided between him and Hokusai. He was also a big influence on Gogh and Monet, and was popular worldwide.

The arts of Hiroshige

53 Stations of the Tōkaidō Series － The Nihonbashi Bridge at Daybreak 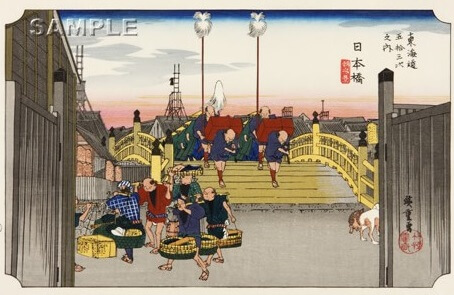 ‘Hasamibako (box for carrying)’ and ‘keyari (spear with feathers on top) leading a daimyo’s procession with morning glow as the background. On the north side of the bridge is a fish market where fish peddlers come and go. This is a masterpiece showing the beginning of Tokaido journey and the beauty of Nihonbashi at sunrise.

Views of Famous Places in Edo － Sakai no Watashi 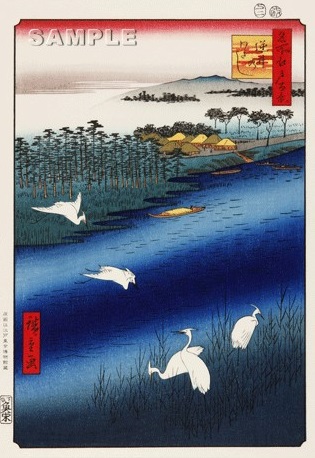 A piece that portrayed the ferry platform of Nakagawa in Sakura Highway, which is on the way to Shimohusa (Used to refer to North of Chiba). The name of the place originates from an incident when the tide regurgitated all the way back to this area. The white egrets are portrayed to emphasize the idyllic atmosphere of the countryside.

How to make the Ukiyo-e Woodprint

Ukiyo-e Woodprint developed as an affordable means for the common people to print newspapers, magazines, portrait collections and such. But how did they make such colorful prints?

The process of making an Ukiyo-e is divided between three different craftsman: ‘E-shi’, ‘Hori-shi’, and ‘Suri-shi’.

Step.1 The work of E-shi (Sketching)

E-shi starts working on a preliminary sketch on request from a publishing company.

Step.2 The work of Hori-shi (Curving) 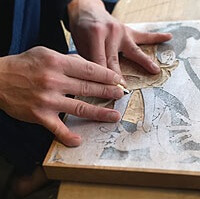 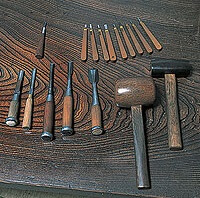 Hori-shi uses a small knife and a chisel and starts curving out the woodblocks which are separated according to the colors used. It takes a long years of practice to be recognized as a professional Hori-shi of Edo Woodprint, because it requires a highly intricate technique.

Step.3 The work of Suri-shi (Coloring) 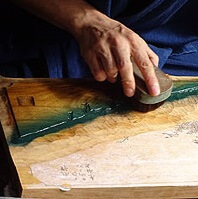 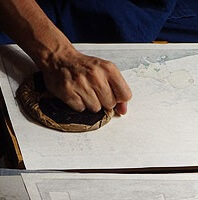 Suri-shi layers the colors ten to thirty times before he finishes his piece. In Edo Woodprint, Suri-shi first rubs the outline of the drawing onto the paper using the main block, and then uses the color blocks to layer the colors in on top of it. For the color blocks, they layer the ones with the least surfaces, and then move on to the thinnest colors. 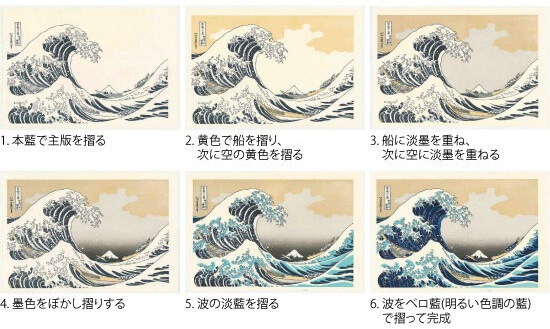 If you’ve ever tried to make woodblock printing, you probably know that it is extremely difficult to get more than one pattern in the right place. To create woodblocks that match each other perfectly, and to layer more than four or five colors takes a tremendous effort that even years of practice cannot easily catch up to. It might be a little pricy, but when you think about the time and effort, and above all the beauty of the smooth print, it is definitely worth hanging on your wall.