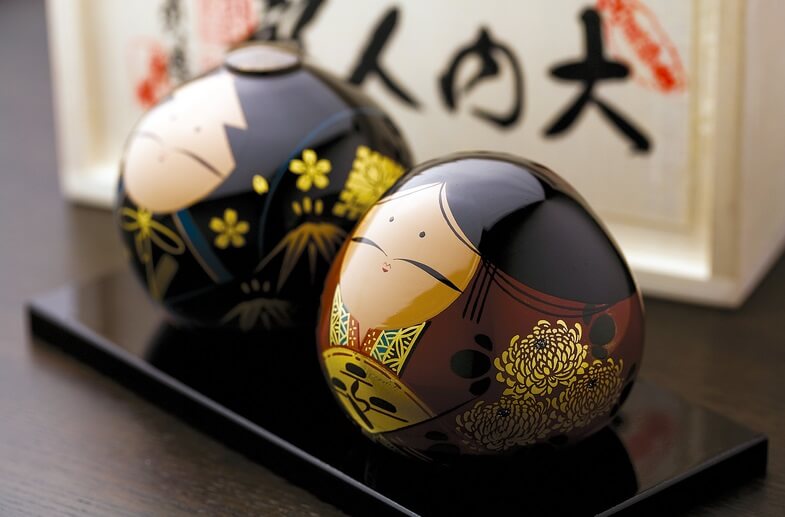 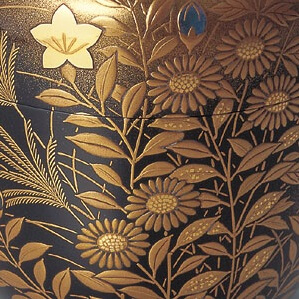 In this post, we’ll introduce a most popular lacquerware product of Ohuchi, couple dolls, which is made the valuable craftsmanship of Ohuchi lacquerware. (images: Yamaguchi Pref., crafts-hirosaka.jp)

The Most Popular Product of Ohuchi Lacquerware – Ohuchi Couple Dolls

Among various products of Ohuchi lacquerware – trays, tea items, flower vases, bento boxes, calligraphy tools and tableware – the most popular product is a couple lacquerware dolls called “Ohuchi dolls”. The dolls are mainly purchased by tourists for a souvenir. 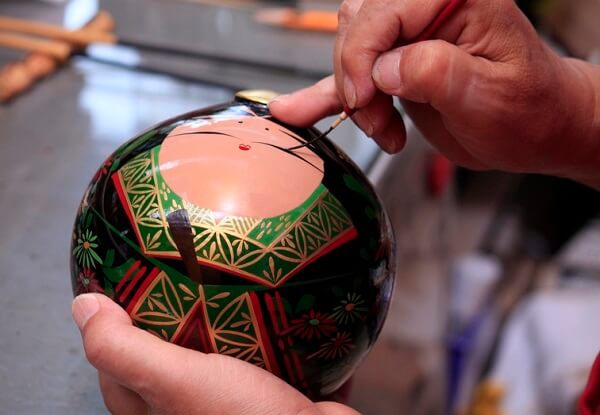 In the old era, the 9th head of the Ohuchi area decorated a house with many dolls to gave comfort to his bride(s) from Kyoto city. Ohuchi area, now called Yamaguchi city, is located at far west from Kyoto city, the capital of those days. Those brides must be in deep sorrow to come to such a far remote place, so the head of Ohuchi tried to ease their sad feelings somehow. He invited many doll makers from Kyoto city (where was a major producing center of dolls) and had them make dolls. Later on, lacquerware makers connected their doll products with this story and started to make couple dolls as a symbol of matrimonial happiness. They wished happiness for all couples of the Ohuchi couple dolls owners. 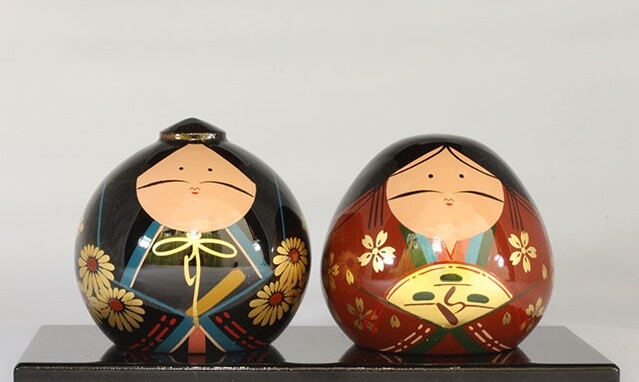 Since Its Start, Ohuchi Couple Dolls Are Handmade by Craftsmen

All Ohuchi lacquerware, including Ohuchi couple dolls, are made based on traditional making process; using high quality materials of raw lacquer, pure gold foils and powders, craftsmen take enough time to make excellent products. It takes more than a year to dry wood materials, and the materials are processed to the dolls by taking more than three weeks. You’ll feel warmth of craftsmen when you take the beautiful lacquerware dolls. 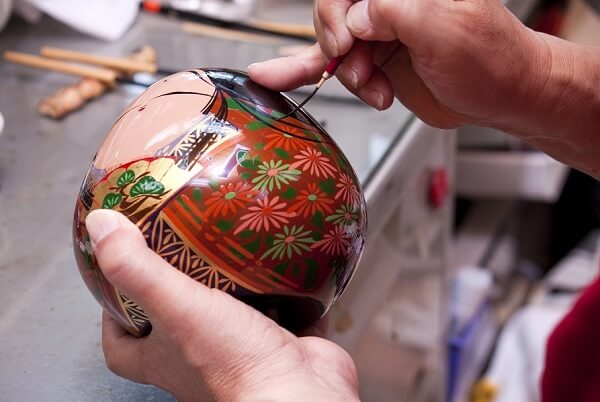 Ohuchi lacquerware has more than 600 years of history since the 9th head of Ohuch was there to thrive and the area was called “a little of Kyoto”. Until now, craftsmen of Ohuchi lacquerware have made trays and tableware in addition to popular Ohuchi couple dolls. Although the area, Yamaguchi prefecture, is not accessible from Osaka and Tokyo, Yamaguchi has attractive products and foods; the area is most famous for puffer fish “Fugu” especially in Winter. Hope you’ll visit Yamaguchi and feel their craftsmanship as well as foods if you have a chance.