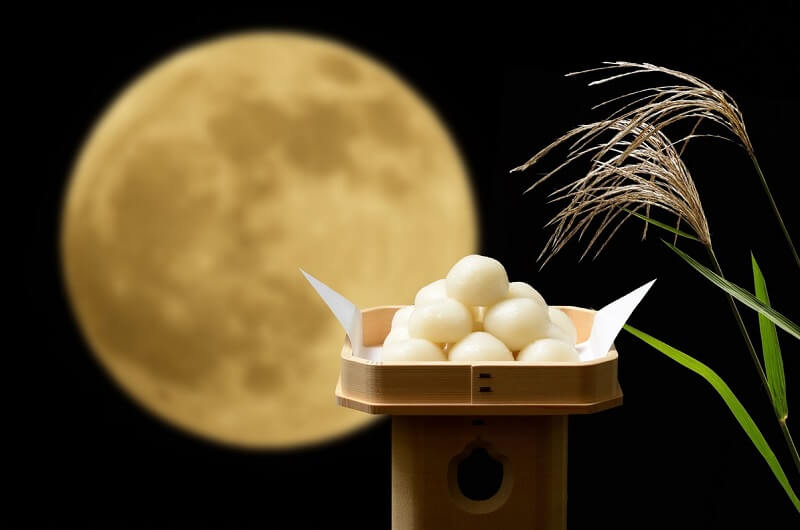 History of the Full Moon Viewing 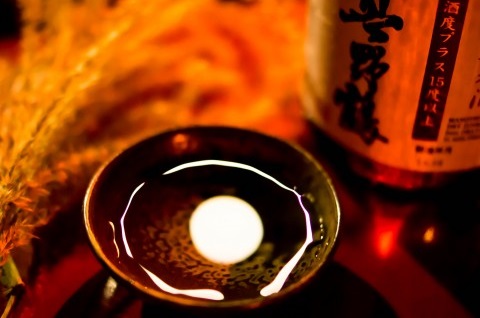 People in Japan has regarded the moon as sacred since ancient times. It is said that Japanese have a custom of moon viewing since 15,000 years ago. In Heian period since late 8th century, aristocracies frequently held parties on their ships under the moon light with orchestral music. They enjoyed not only the moon in the sky but also its reflection on the lake surface and their glasses.

In Edo period since 17th century, moon viewing became popular among general publics. Its meaning is, however, largely changed. In addition to enjoy the moon like Heian aristocracies, people celebrated their harvest under the moon. It was current moon viewing season when they harvest rice and crops, so they celebrated their success of agricultures and thank gods and nature.

People often serve offerings to the moon when viewing it. With offerings, people show their appreciation for the moon and nature. There are standard offering items, and each of them has its meaning. Here I introduce each of them. 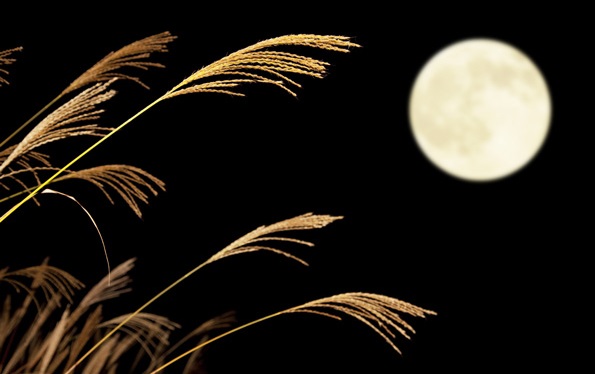 Japanese pampas grass is one of the seven most popular grasses in Autumn. It is offered to the moon because people believe it can be an amulet. 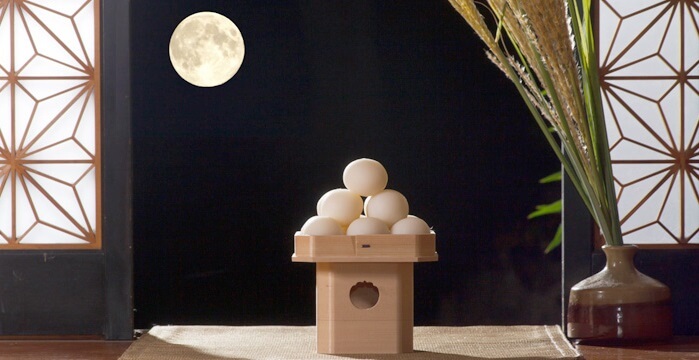 Liken its rounded shape as the moon, people offer dumplings to the moon and show gratitude. The number of dumplings in the full moon day is 15 in official manner, and they are generally piled up in pyramid shape. This is because the top dumpling is thought to be a bridge between the spiritual world and this world. 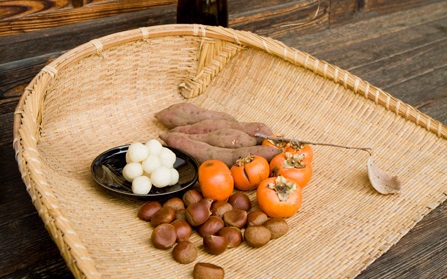 To show gratitude to good harvest, people sometimes offer potatoes, Japanese chestnut, green soybeans and other crops. Among them, potatoes is the most frequently offered because its shape is alike the full moon.

Although these customs described above may be only in Japan, I can say the Autumn in Japan is the most comfortable season for everyone. Heat becomes mild in the daytime and wind becomes cold at night. It’s also the season of harvesting, which brings you a good meal in restaurants. Fish in the ocean start accumulating fat for long cold Winter, so it is also the best season for Sashimi and Sushi. Hope you enjoy Autumn in Japan!