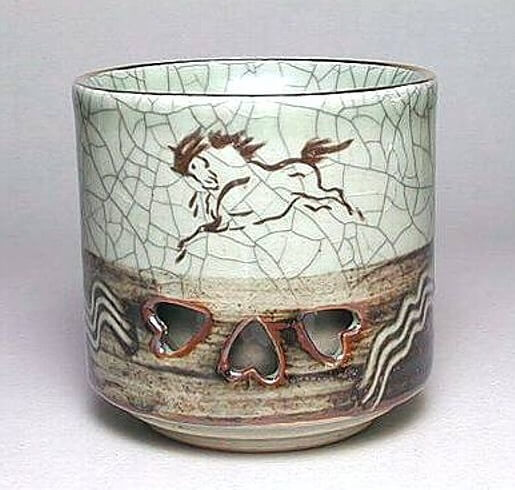 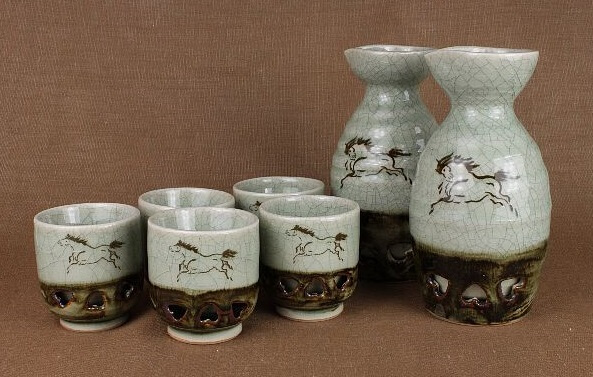 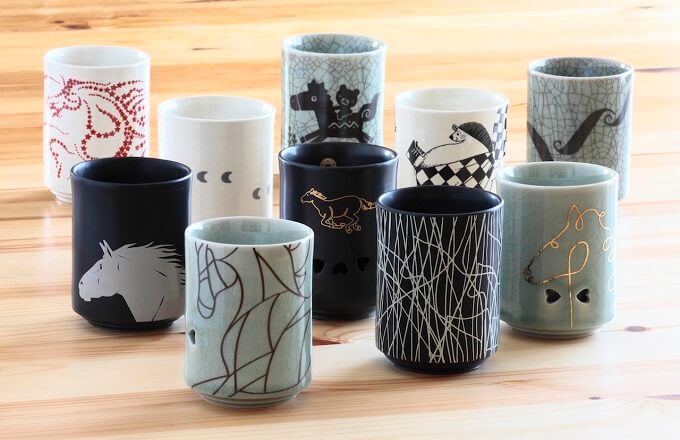 The most unique feature of the Obori Soma Pottery is that it’s ‘double-layered’, a feature that seals the heat of hot water but also keeps the user’s hands from getting burns at the same time. This pottery was created using a completely new technique, through pursuing the creation of user-friendly product. 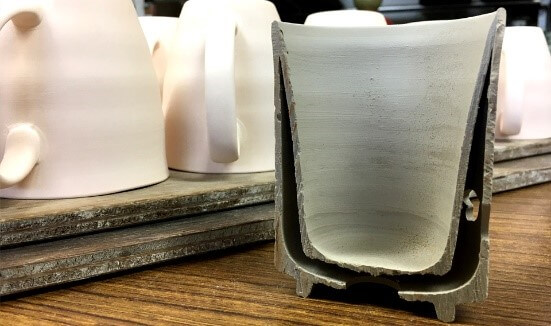 This is the irregular crack on the gray surface of the pottery that occurs through the use of ceramic glaze containing iron, and the refrigerating after reduction firing. The black color comes from the sumi ink which is glazed into the crack later on.

This is the trademark of Obori Soma Pottery. ‘Running piece’, or also called the ‘left-sided horse’ refers to the running horse, and as the name tells, the horse painted on the pottery is facing its left.

The pottery often has a couple heart shaped holes in it, a design only possible because of the double-layered feature, but can you tell what the shape is supposed to be?

It’s not supposed to be a heart, it’s…
Why are horse drawn only from the left side?
The mysterious phase at the end of the pottery baking
In Conclusion

It’s not supposed to be a heart, it’s… 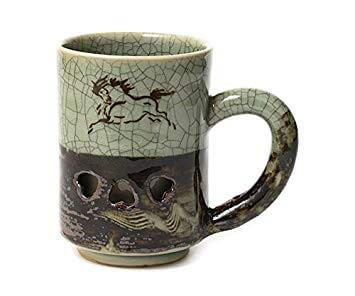 After creating two different sizes of potteries and layering them together, heart shapes are curved out from the top layer.
But they aren’t supposed to be hearts. They’re plovers. The design is supposed to be representing plovers on an ocean wave. By curving out heart shapes on top of a painted waves at the bottom of the pottery, it’s showing plovers flying over the ocean wave. But since this has been a traditional design, a lot of the pottery makers also assume that these are hearts or cherry blossoms.

People have said that waves represent the ups and downs of the society that people, or the plovers, get over together. That is why this design is said to be a symbol of happy marriage and the well-being of a family. It is also said that because the word ‘chidori (plover)’ can also be written with kanjis that mean ‘winning a thousand’, some pottery makers use it as a design that prays for victory or success.

Why are horse drawn only from the left side? 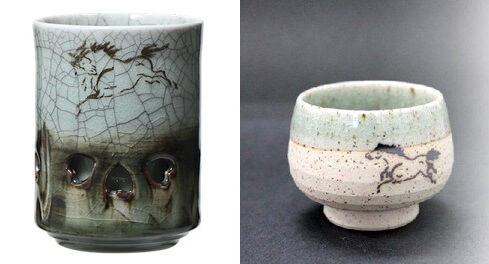 For painting horses on Obori Soma Pottery, the makers use melted rocks that contain iron. The ‘Running Piece’, or the left-sided horse are traditionally drawn with its left side facing our way. This represents the Japanese saying ‘Migi ni deru mono ga nai (There’s no one who stands to the right of them)’, which means ‘there’s no one who tops them’, and people often consider it a sign of good luck.

The mysterious phase at the end of the pottery baking 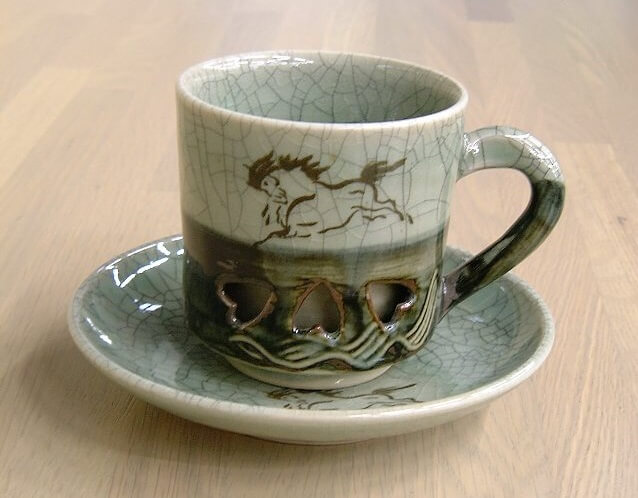 The colors of the pottery can turn out green, pink, yellow, or various other colors depending on the types of ceramic glaze the makers use during the glazing process. The trademark feature of Obori Soma Pottery, the blue cracks, are also from the ceramic glaze that causes the blue tint; the makers say that the soil from the Takasegawa Valley in Namie naturally creates the color and the cracks.

Something mystical happens during the end of baking process.

When you take out the pottery from the oven, the blue cracks gradually begins to form. The sound it makes during this process is said to be so beautiful, to the extent the sound has been featured on television shows. If you’re interested, you should be able to find a video capturing the moment of the process somewhere on YouTube. 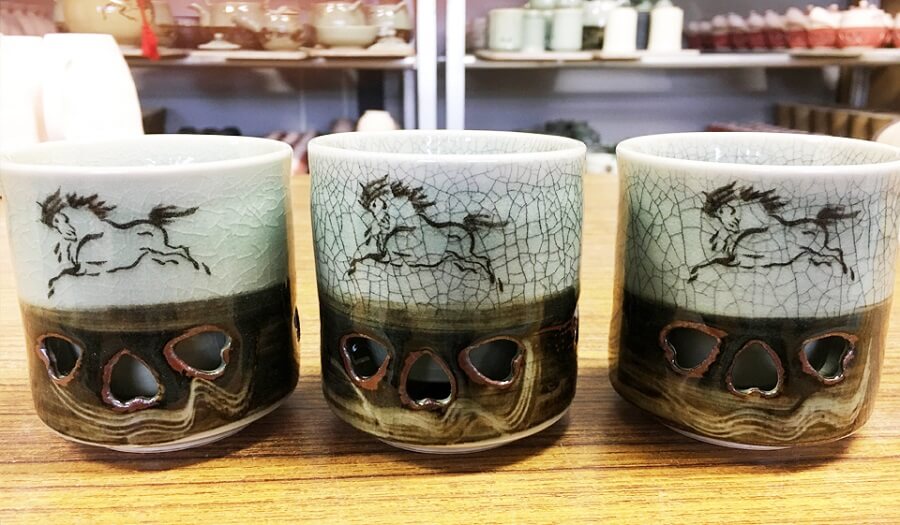 It takes about a month to go through all of these process, and the Obori Soma Pottery to be finished. One of the beauties of this pottery is that the patterns they make after they are taken out from the oven are all different from each other, and none of them have the same design. Think about the finishing touch, the carefully glazed sumi-ink emphasizing the sensitive patterns. I’m sure you’ll want your own one and only Obori Soma Pottery.