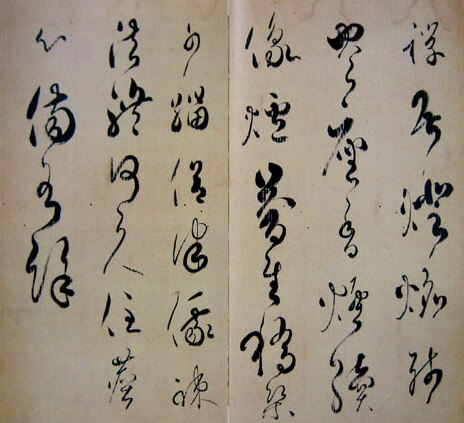 Shodo Japanese Calligraphy Had Been Culture Among Aristocracy

Kanji characters used for Shodo calligraphy was originally invented for a vehicle of information or communications. Therefore, Kanji writing was not a genre of art at the time. However, it is considered to become a genre of art when the writing media was changed to paper and writing brushes. At the time, some secretaries of writing became arrestive because of his/her beautiful writings. Kanji characters originally had properties to become artistic because they are originated in hieroglyph. However, such secretaries were limited to aristocracy because writing was not that common among general public in ancient era. In fact, far-famed calligrapher in ancient Japan is limited to emperors, aristocracy and courtier. Some of their calligraphies are still remained in books, works of art or sometimes stone monuments.

As time goes on, writings had become common among Samurai and merchants. And today, it is considered as one of Japan’s tradition that has to be preserved, and Shodo calligraphy writing is taught in the elementary and middle schools in Japan. In this post, I’ll show you some of ancient works of art.

Handing scroll can be often seen in Japanese style guest rooms. You may have seen one when you stayed in Japanese style hotels.
The hanging scroll is a type of method to display Shodo calligraphy writing. It is a vertically long calligraphy art or drawing which can be fold in scroll. Because some past aristocracy were famous for their good writings, some of their works have been remained in hanging scrolls. 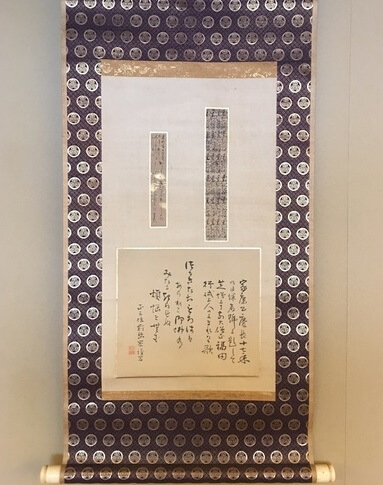 This work of Japanese calligraphy is done by the most famous Japanese general in Edo era (17th century), Ieyasu Tokugawa. It is said that Tokugawa was recommended to write the calligraphy by a high Buddhism priest. The work is considered to be done at the time.

The place for displaying vertically long hanging scroll is limited. So, some works are preferred to be displayed in mounting in frames. It can be displayed in the wall above doors or other narrow spaces. 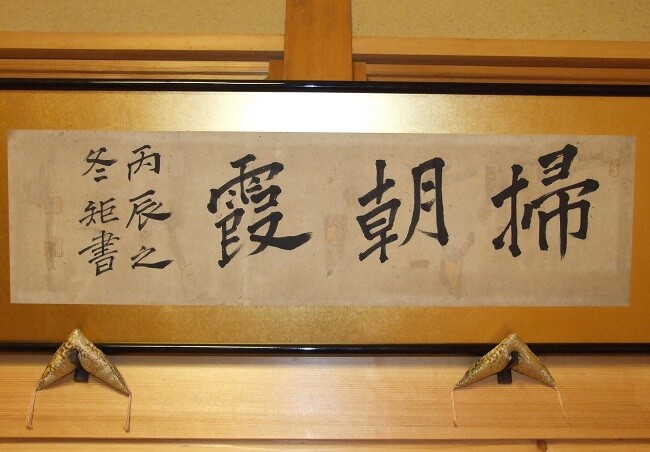 This calligraphy writing is done by a famous samurai Shoin Yoshida, who was also a thinker. He was also a good teacher and had affected young people who did important roles in next generation. I feel such power from his writing.

Sutra copying is to transcribe sentences that is taught by Buddha. It is said that good concentration is required to transcribe the sutra, therefore the transcriber can become calm and clear. Perfectly arranged Sutra is also an art itself. 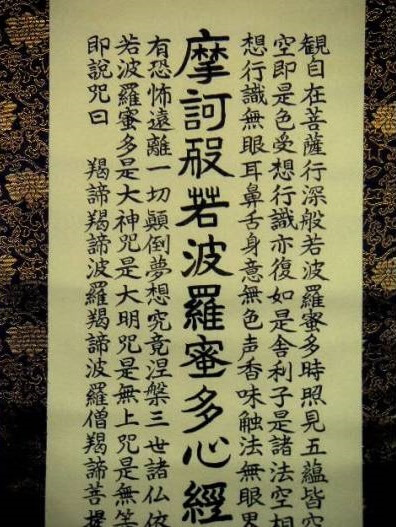