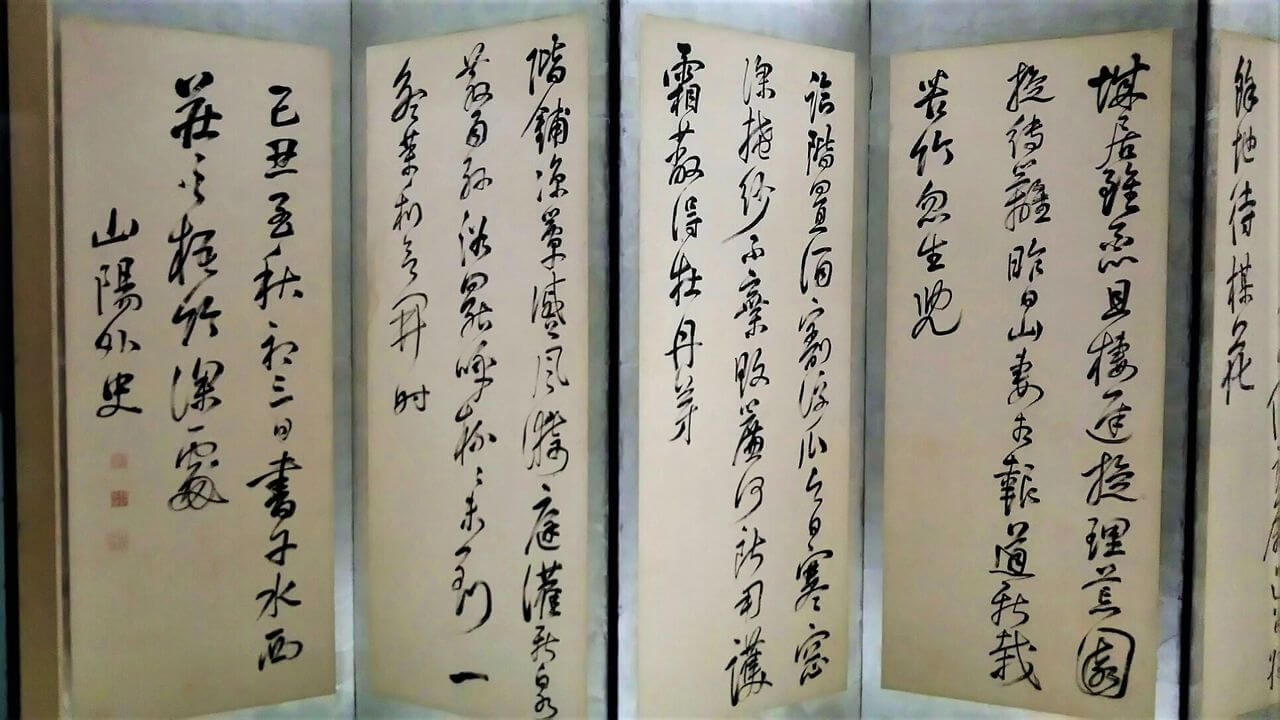 Shodo calligraphy is a Japanese art of expression by characters. The characters were invented for practical purpose at first, but they became to the way for calligraphers to express their artistry in addition. The discipline of this artistic writing technique to write beautiful calligraphic characters is called Shodo. Although Shodo is taught in schools and many people enjoy it, it is often said that artistry of Shodo is hard to understand. However, you may be interested in this beautiful calligraphy written in exotic characters.

In this post, the way how to feel and enjoy Shodo writings is explained.

Know What The Characters on Shodo Work Mean
Glimpse of Entire View of Calligraphy is Just Superficial
Actual Steps: How to Read/Appreciate Shodo Works

Know What The Characters on Shodo Work Mean

Once you understand what the characters mean (any Kanji characters have its own meanings), you’ll become able to feel and understand its artistry and rhythm of the writing. You’ll also be able to understand the calligraphy more deeply than when you don’t know what it means. Appreciation of Shodo works begins with understanding of the characters or wordings.

Glimpse of Entire View of Calligraphy is Just Superficial

The simplest way to appreciate Shodo works is to feel their impressions by looking entirely. Especially in case for those who don’t understand correct shape of Japanese characters and stroke orders, it may be a good idea as a starting point to feel a work like an abstract writing. One can feel something even looking at a calligraphy work in that way.
However, the main point of appreciation of Japanese calligraphy works is to feel its style of handwriting. Style of handwriting are very much diverse; if there are 100 calligraphers, there are 100 styles of handwriting.

Then, how we can appreciate each style? For that, you need to appreciate each line that configures entire character. Points and lines that configure entire shodo work is a sequential trace of writing brush that express calligrapher herself/himself. You can feel not only how the calligrapher moved hand and fingers but also how s/he felt and what s/he wanted to express. Observing their emotions and movements, you’ll feel what a calligrapher wanted to express. It is the most important point of appreciation of shodo works.

Here, I’ll explain actual steps on how to appreciate Japanese calligraphy writings. Before explaining the steps, I have to say that there is no official rule for the appreciation. However, these steps can be a good guideline on how to read and feel shodo works especially in case you don’t understand Japanese characters or words. 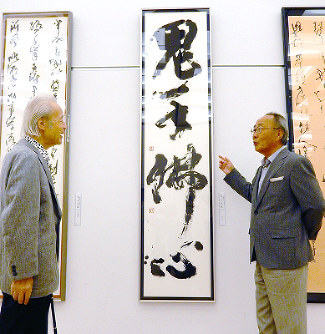 Step.1 First of all, looking at whole image of a shodo work and feel overall impression. Is it written dynamically, delicately, strictly or softly? Who wrote it? What kind of person is s/he?

Like this, appreciation of Shodo calligraphy works lands up at considering humanity and emotion of calligraphers. Read and feel deeply, you’ll become able to imagine how a calligrapher wrote the work and what the calligrapher felt and tried to express by it.