Kanji is a symbol in Japanese writing system.
It has unique shapes completely different from alphabet, therefore sometimes attracts tourists from abroad and some souvenir are sold with Kanji printed. You may have seen T-Shirt on which some Kanji letters are printed. 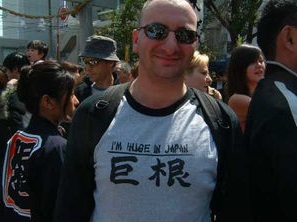 In this post, let’s see history and structure of Kanji.

The origin of Kanji is very old. It is regarded that Kanji was born in ancient China. It started to be used in Hwan-huou civilization, one of the four greatest civilizations of the world, and is only existing characters since that period.

The name of Kanji (漢字) consists of two Kanji characters, which can be divided into Kan and Ji, each means Kan and characters, respectively. Kan is the name of a race lived in current China, and they occupied majority in the era (and until today). The character they used named after the name of the race to Kan-ji. In present, Kanji are used in Japan, Korea and Taiwan in addition to its origin China. In 20th century, however, Kanji was officially abolished in the countries except for Japan and China. Having said that, Kanji has the second largest writing system until now, which has more than 150M people using it. (The largest writing system today is of course the Latin characters a.k.a. alphabet)

Each Kanji Has Individual Meaning

Why Each Kanji Has Individual Meaning?

It is because the origin of Kanji is a hieroglyph. It is said that people used footprints of birds as a reference and invented the origin of Kanji. The oldest Kanji found today was found in a historic remain in Yin era of China, and the characters are inscriptions on bones and tortoise carapaces. This type of characters is a kind of hieroglyph which basically inscribe what people see. Especially very beginning inscriptions on bones and tortoise carapaces are more like “drawings” rather than characters.

For example, “horse” is inscribed like the left side of the following characters.

It is quite natural that characters have been changed its shape as time passed by, affected by writing tools, media to be written, writing velocity and writing method. The “horse” inscribed like a horse drawing had evolved to right side as time passes and finally reached the right side which is the Kanji horse written today.

As we saw, Kanji has a long history. And its structure and writing system is quite different from alphabet. Therefore, Kanji has huge variety and each character has different meanings. Kanji printed on souvenir T-shirts has its meaning, of course! Try to find out meanings of Kanji around you, and you many find unexpected meanings.