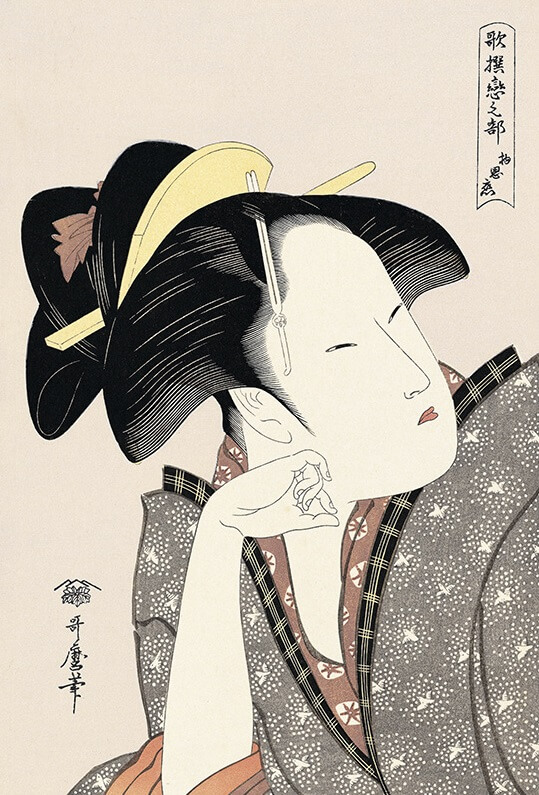 Bijin-ga is Ukiyo-e portraying beautiful women. It must be the Ukiyo-e shown above for Ukiyo-e freaks to make up in their minds when they hear Bijin-ga. The bust of a beautiful woman is enlarged in its composition. It is one of the most representative Ukiyo-e featuring beautiful women, called Bijin Okubi-e which means “close-up portraits of beautiful women”. This close-up technique had been used for portraits of Kabuki actors, and Kitagawa Utamaro was the first painter who brought it to Ukiyo-e. Kitagawa became very popular Ukiyo-e painter by this technique.

In this close-up method, head and facial parts are drawn larger. Because of their large sizes, he could emphasize facial expressions and details of hair. Kitagawa took advantage of his higher ability to draw very details of face and hair of women. In this Ukiyo-e paint above, frown eyebrows, string-shape eyes, inclined head and slightly open month are drawn carefully, which enabled to express emotion of awakening of love of the woman.

Techniques of Utagawa Kitamaro was astonishing. They appealed not only to common people but also to art professionals overseas. Instantly after Ukiyo-e by Utagawa Kitamaro introduced to abroad, his prints became well-known among European art world. Reasons are 1) his composition and drawing methods of women were completely different from ones used in European paintings, and 2) his depiction was extremely beautiful. 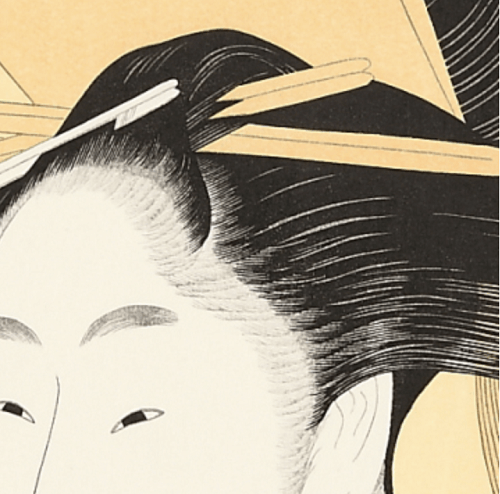 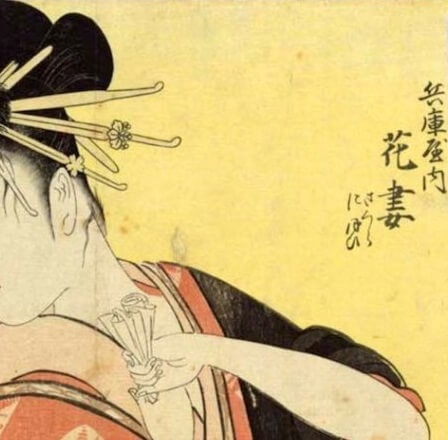 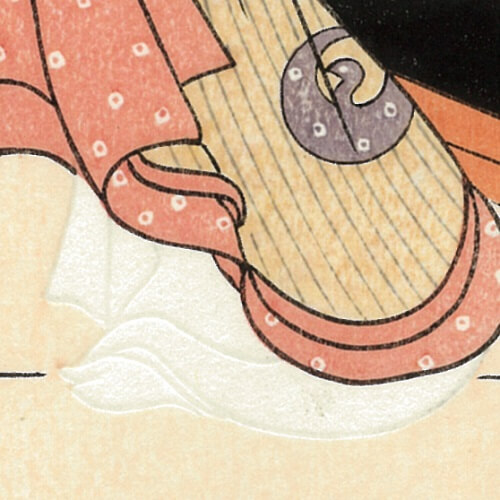 Here are some examples of his techniques used by Kitagawa for his Ukiyo-e of beautiful woman. Kewari is a technique to draw woman’s hair delicately, Kara-zuri is to rise up surface of Japanese paper, Zi-tsubushi is to remain background plain in purpose, Kira-zuri is to make its surface gloss and shiny, and so on. Using these techniques, Kitagawa gave his “beautiful women” not only uniqueness in composition but also excellence and beauty that people had never seen before. Kitagawa Utamaro compiled all his amazing techniques into his Bijin-ga.

Have you experienced shadow play? Using Japanese traditional sliding door Shoji, you’ll see only the silhouette of hand which imitate animals. This playing was popular among common people in Japan, and Ukiyo-e painter Utagawa Kuniyoshi adapt this play into his Ukiyo-e. Kuniyoshi loved to entertain people by his Ukiyo-e. 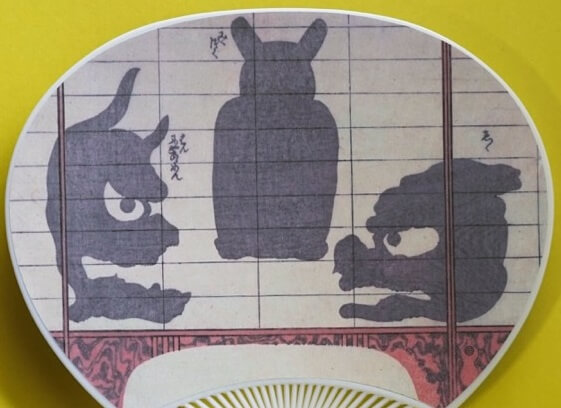 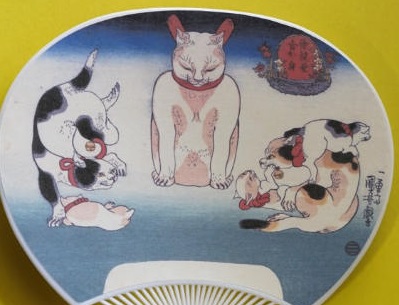 In this Ukiyo-e which are printed each side of fan, one side has a shadow picture and the other side has its true character, cats! Kuniyoshi was known for a cat lover, so cats are frequently used as a character in his Ukiyo-e prints. Ukiyo-e was not only an art for people but also an entertainment!

Utagawa Hiroshige is one of the best Ukiyo-e painters for landscape. He showed his highest techniques to depict natural phenomena like raining. He adapted sketching techniques, which were latest techniques at that era, and became able to illustrate natural phenomena on Ukiyo-e prints. Not only depict nature realistically, Hiroshige added impressive people and climate, which gave viewers nostalgia and heartwarming impression. 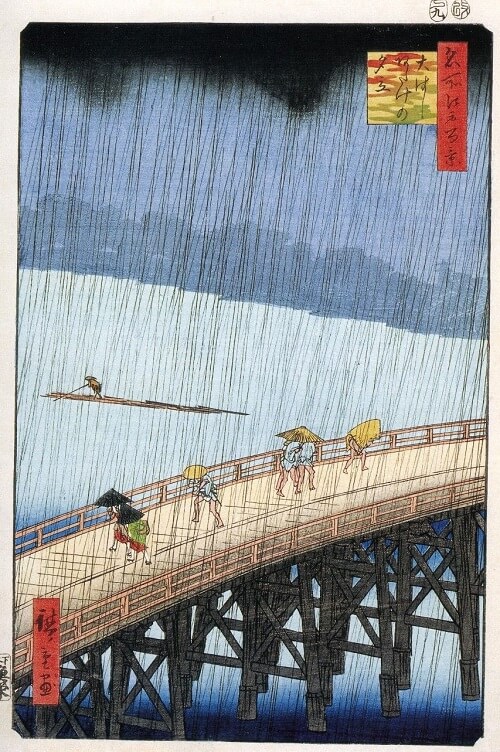 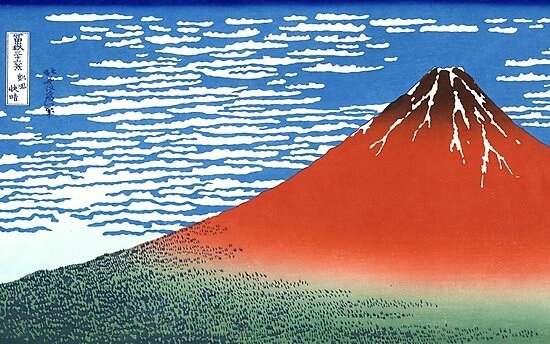 This is one of the most famous Ukiyo-e prints by Hokusai, one in a series of Thirty-six Views of Mount Fuji. This depicts a moment when Mt. Fuji reflects sunrise and grows red. In addition to The Great Wave, this is another Ukiyo-e which brought fame to Katsushika Hokusai. What impacts viewer is, as you can see, it’s unique coloring. Mt. Fuji is in red, whilst sky and clouds are in skyblue and white, respectively, and also forest at foot of the mountain is in green. These primary colors are, however, there in a good harmony and its combination gives great impact among all Ukiyo-e prints.