In previous post, we compared Ukiyo-e in same subject to see differences of Hokusai and Hiroshige. (LINK) 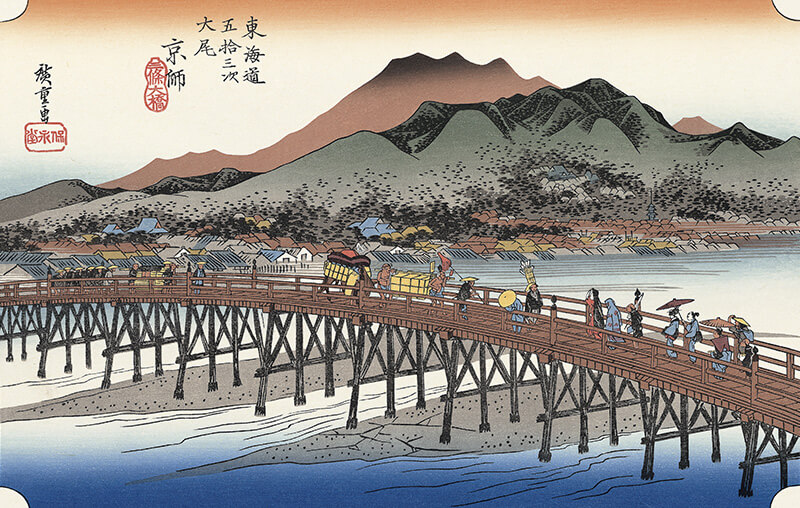 In the first place, the category of Ukiyo-e was born in Edo era of Japan (17th century) and reached its peak in late-Edo era (19th century). In its early period, popular topic of Ukiyo-e was beautiful women and actors, but it changed to landscapes of various provinces.

Especially, it gave a big impact when Hokusai published a series of Thirty-six Views of Mount Fuji in around 1831, which depicted Mount Fuji, the most famous mountain in Japan, with bold composition and various colors. It was totally new and unique to people in Edo, so the name of Hokusai rapidly became famous and his Ukiyo-e prints enthralled people. However, Hokusai was in 72 years old at that time, that means his way to success was not short and flat. It was a stage he reached after a long distance and struggles.

Why Hokusai Took That Much Time To Became Popular in Edo?
72 years-old Hokusai met 35 years-old Hiroshige
Which Won Finally? Rivalry of Hokusai and Hiroshige

Why Hokusai Took That Much Time To Became Popular in Edo?

Hokusai started painting as early as 6 years old, trained himself and became a pupil of Ukiyo-e painter Katsukawa Shunsho when Hokusai was 19 years old. Before long, he stood out by illustrations of actors in books, but he was expelled when his master Katsukawa died. Since then, he started to train himself, and got chance to draw illustrations of beautiful women in comic tanka picture books, which raised his fame and Hokusai became a little bit popular. At that time, however, famous and popular Ukiyo-e painters Kitagawa Utamaro and Sharaku were in the heyday, so name of Hokusai did not go up. At last, comic tanka picture books went out of print and Hokusai became unable to earn his living. 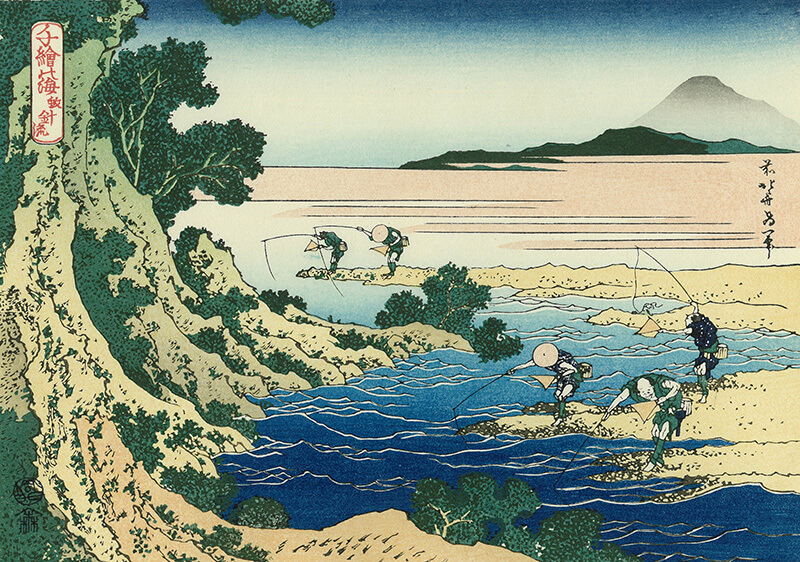 When Hokusai was his 40s, a chance was come. Yomihon books became popular among people which had a lot of illustrations, so Hokusai took all of illustrations as his work and took much effort to think out of the box. As a result, he became popular by those works, and he kept working on it until middle of 50s. Because name of Hokusai became popular, he could take pupils all over the nation. Hokusai Manga, one of his famous work, was made at this time to teach how to illustrate for the pupils. Because the book Hokusai Manga was really good and innovative, Hokusai had established his reputation.

This way, Hokusai finally gained fame although it took time. And he challenged to draw a series of Ukiyo-e in his 70s which was the famous Thirty-six Views of Mount Fuji. It established a new category of landscape in Ukiyo-e and Hokusai finally stood as a culmination of Ukiyo-e painters. 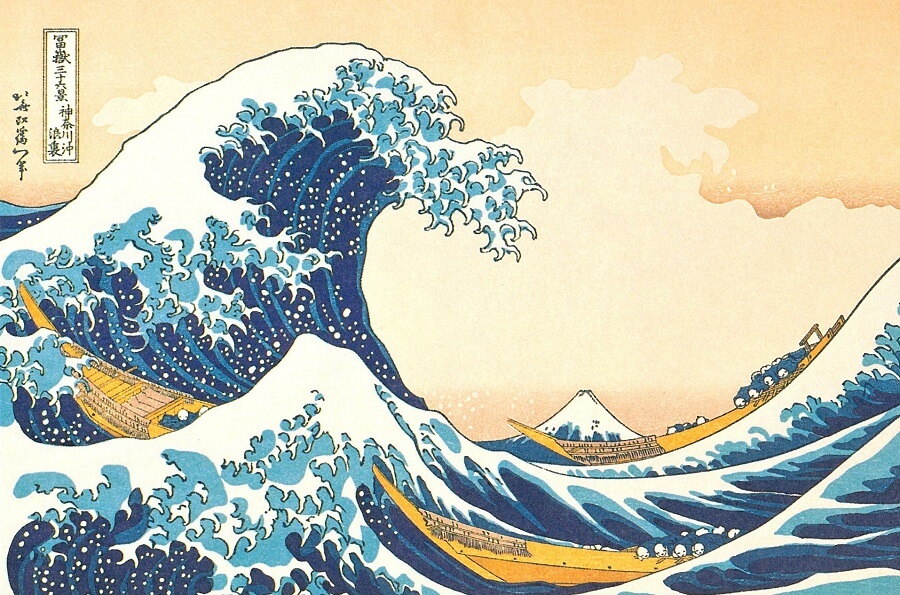 Although Hokusai became a very top Ukiyo-e painter by Thirty-six Views of Mount Fuji, another Ukiyo-e painter appeared in two years who was said to be superior to Hokusai. His name was Utagawa Hiroshige, who released a series of Ukiyo-e old-time fifty-three stages on the Tokaido highway which became a record-breaking hit.

Utagawa Hiroshige was born in 1797, and he lost his parents when he was 13. He aimed to become an Ukiyo-e painter to support his household, and he became a pupil of famous Ukiyo-e painter Utagawa Toyohiro. He received a name of Hiroshige from his master and started his painting activities by the name of Utagawa Hiroshige. Trained himself, Hiroshige published self-confident work, a series of landscape Ukiyo-e Famous Places of Eastern Capital. However, his work wasn’t in the limelight because Hokusai’s Thirty-six Views of Mount Fuji was there and too popular. 35 years-old Hiroshige was also subjected to shock for the 72 years-old Hokusai’s innovative works, and he burned with combativeness to surpass Hokusai. Two years later, Hiroshige published his representative series of Ukiyo-e, old-time fifty-three stages on the Tokaido highway, by which he intended to surpass Hokusai, and he did it! 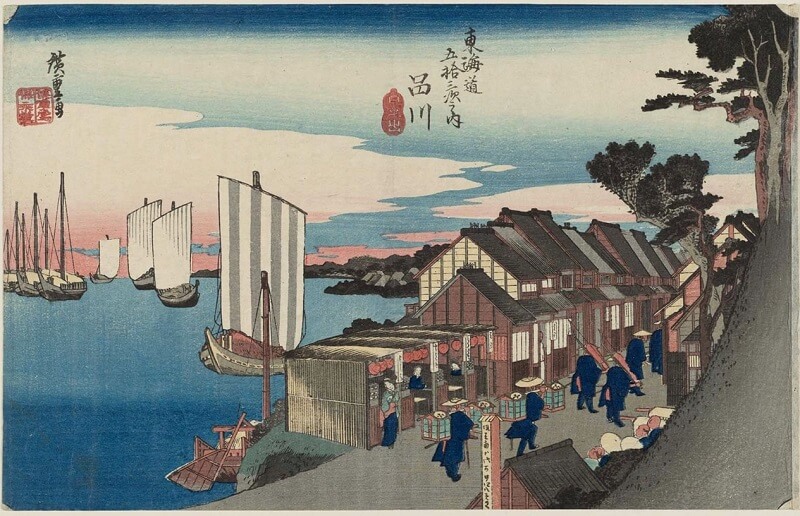 Which Won Finally? Rivalry of Hokusai and Hiroshige

Surpassed popularity by Hiroshige, Hokusai counteracted by publishing new series Waterfalls in Various Provinces and Bridges in Various Provinces. However, reputation of Hiroshige was unhampered. Hokusai improved his techniques, whilst Hiroshige kept pursuing his lyrical and sentimental style. As a result, Hiroshige rallied more supporters.

When Hokusai lost competition against Hiroshige, Hokusai shifted his battle field from Ukiyo-e to original paintings even he was in his 80s. He kept his enthusiasm for painting throughout his life, and Hokusai kept drawing until the year of his death. On the other hand, Hiroshige also kept improving his style and published many masterpieces.