So you know those rules we have governing society our? You know: laws, manners, and common courtesies. Well, they had them in ancient Japan, too. One way to keep everyone in check – to keep everything running smoothly – is to decide on laws and fair punishments. Just like we do today. The other way to keep everyone in check? Well, you can always scare the you-know-what out of people by telling them that A.) There are starving ghosts all around them and B.) that if they don’t behave, they can get ready to live out their afterlife as starving ghosts themselves. Trapped in one of the famous ‘Six Realms’ of the Buddhist world, these ghosts endlessly search for food and water. It’s all futile, however, as they are never able to ingest a morsel. This is their punishment for living a corrupted or sinful life full of jealousy or greed. 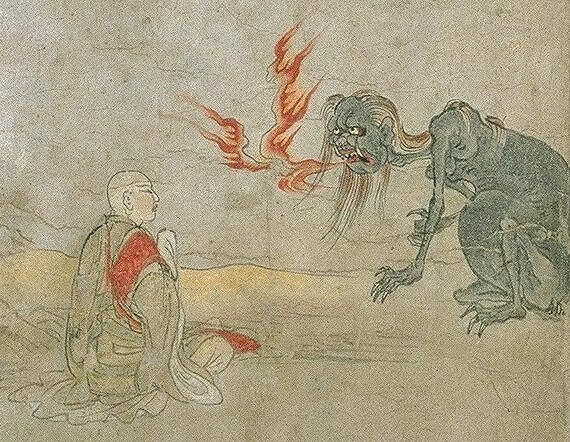 Sometime before the second half of the 12th century, a series of illustrated scroll inspired by this Buddhist legend aimed to do just this – keep people behaved by showing them the eternal punishments awaiting sinners. Buddhist preachers put their temple’s best artists to work drawing the worst scenes of terror and unrest – ones in which the gaki, or hungry demons, are seen wandering amongst a village and its residents. Normally invisible, these spirits are easily ignored. Nevertheless, as a lesson to the living, their presence was revealed to teach followers about the value of living a virtuous life and reaching elevated plains in the afterlife. 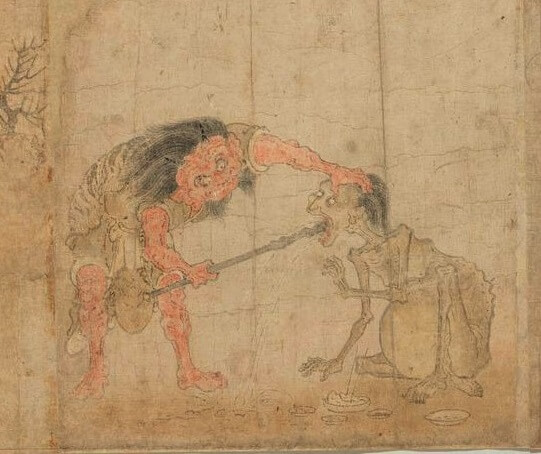 The scrolls were mounted sometime in the 12th century and hung within a Buddhist temple. When discovered, they were safely packed in the legendary stores of the Sanjusangen-do Temple in Eastern Kyoto, the ancient home of many of Japan’s now legendary National Treasures. As an eerie perspective onto the Buddhist beliefs of the day, these scrolls also demonstrate the artistic techniques and social conditions of people in middle ages Japan. So turn out the lights and lock the doors because we are going to dive straight into the freaky, cannibalistic world of ancient Japan’s creepiest, grossest paintings: the Gaki-Zōshi scrolls. (Images: kyohaku.go.jp, wikimedia.org, myjapan.me) 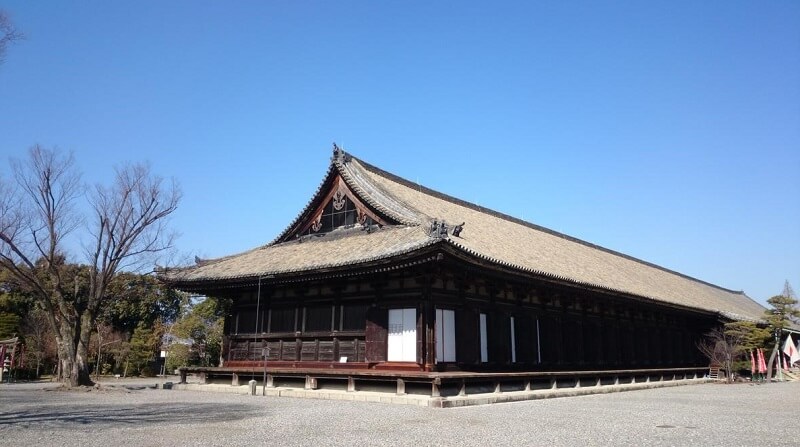 For those who were brutally killed or lived a life disrespectful of our ancestors, ancient Buddhist beliefs told people that their spirits would remain in the living world. While it was normal for all spirits to linger for a while, those who became gaki hungry ghosts would linger in full form for ever – that was their punishment. 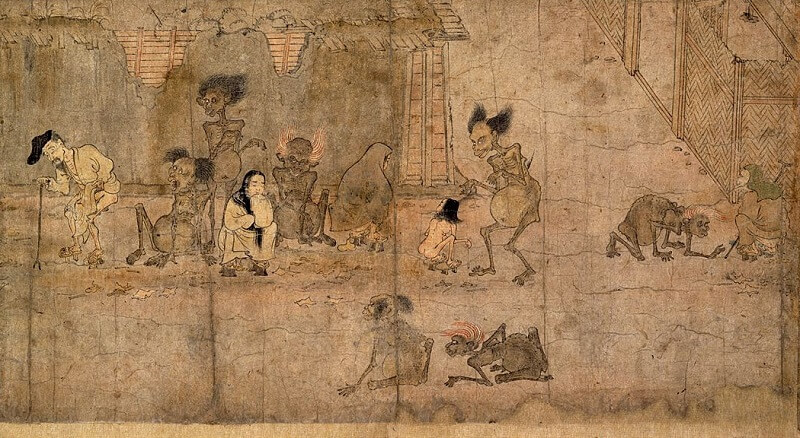 Unable to eat and yet unbearably hungry, the tormented Gaki spirits resorted to eating disgusting, unclean things like corpses and excrement. This reflects another virtue important in the Buddhist teachings of the day: cleanliness. As the complete opposite of a clean, noble human, these monsters resorted to things humans could only imagine in nightmares.

In order to spread these legends, Buddhist arts created the Gaki-Zōshi painted scrolls. These ink drawings tell episodes of a story in order, much like a comic book. Some have been found with passages of text, written calligraphy style in order to narrate the story of these monsters’ fate or their release by the caring and benevolent Buddha and his followers. 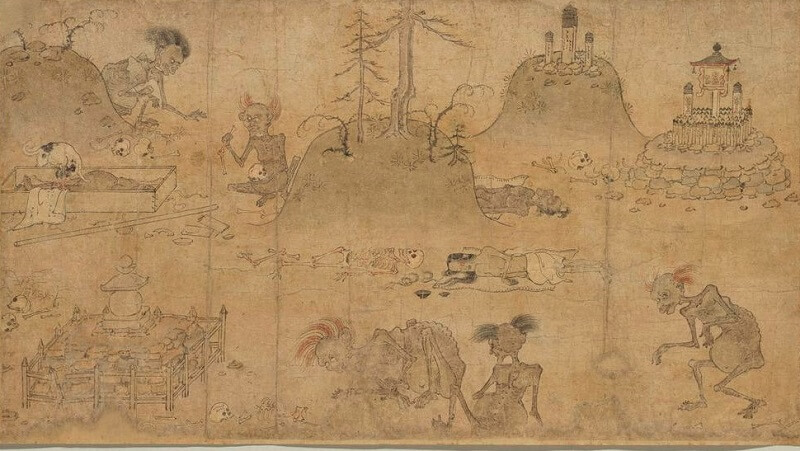 Both the Tokyo National Museum and the Kyoto National Museum have versions of thee type of scrolls. Based on the collaborative style of each of them, it is possible they were created by the same team and the same temple. However, they remain dated and unsigned, so the jury is still out on their true provenance. What we can tell from their shocking imagery is that these demons were said to resort to anything to quench their appetite. Included are images of grave robbing, cannibalism, and disgusting acts of all sorts. Like the haunting guro mangas sometimes seen circulating online, these ancient Heian period ink paintings offer a window in the underbelly of society – showing not only what people were believed to become if they were bad, but also just how far the human imagination can go when thinking up these horrid punishments for uncouth behaviour.

A closer look at these drawings, however spooky, can tell us a lot about Japanese history and its traditions of visual art. Finally, by considering who these items were mounted and preserved, we can get a closer look at the craftsmanship behind this ancient art. The use of a traditional art form to teach Buddhist morals was certainly ingenious – I doubt many who heard these legends and set their eyes upon these horrific ink images would have slept easy at night knowing they had lived an impure life and were now facing the prospects of being a wandering gaki ghost for all of eternity. Creepy stuff.

Recently, some re-prints have appeared online. This art would surely make a good Halloween poster or card – just be sure not to send one to your mom or aunty!

With all this horror and gore attached the work, it is interesting to note that today the word ‘gaki’ is used to describe an obnoxious, loud, annoying kid or brat who gets in the way. Perhaps the image of the hungry ghost, always jumping in the way of humans to try and snatch their food and water has survived in a way? 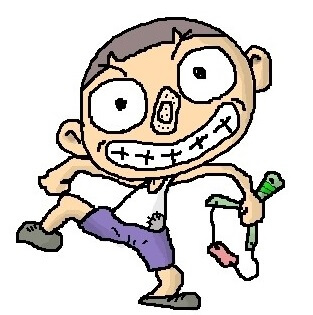