Japan is filled with incredible and historic forms of art. One glance at our blog here at OrientalSouls will show you that. Japan might also seem like a country that is small, compact – maybe kind of crammed together. The truth is, while you can drive for a few hours and get through three, four, maybe even five prefectures, each one is going to welcome you with a new set of traditional arts & crafts. Centuries of history – including some periods of relative isolated development in areas – has resulted in a number of distinct, regional cultures throughout the islands. Join me as we take a look at what some of these areas have to offer by way of their unique traditional arts & crafts selection. You’ll get a background of the region’s history, a rundown of its well known arts & crafts, and bonus a list of great souvenir ideas!

Our first ‘tour’ will take us to Nagasaki prefecture. Nagasaki rests on the south-west side of Kyushu, the fourth and westernmost island of Japan’s main archipelago. Believed to have been first settled by travellers from the Asian continent around 660 BC, Kyushu is the oldest part of Japan. Much of what we now know as Japanese language, culture, and art can be traced back to Kyushu. But it is not only the origins of these important aspects of Japanese history and creativity that connect through it, but in fact later interventions of style and influence can also be attributed to this region.

You see, for centuries the port of Nagasaki was Japan’s only gateway onto the world. By order of the Tokugawa Shogunate, no other regions were allowed to trade or welcome foreigners ashore. For this reason, Nagasaki culture and art have an especially unique history and style. In our first investigation of Japanese regional history and style, today we are going to look at the arts & crafts of Nagasaki Prefecture, Japan’s window onto the west.

For a rundown of the history and modern charm of the Port of Nagasaki (as well as the equally fun city of Kobe), see our earlier coverage here. (LINK)

Hasami ware ceramics take their name from the region were they have been in production for over 400 years: Hasami, Nagasaki. Using a method taught to local artisans there by a legendary Korean potter, the people of Hasami soon created advanced, ‘climbing’ kilns which stretched up the hillside. This allowed for the simultaneous firing of many wares, a technique now found throughout Japan’s pottery villages. 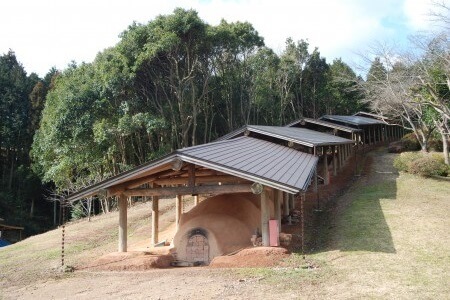 Known for its deep blue porcelain wares, these works are actually the second wave of Hasami wares. The first was earthenware. Hasami quickly grew to become Japan’s biggest producer of porcelains during the feudal period, their wares finding their way into the kitchens and homes of people throughout Japan. The name Hasami is now connected with this blue and white design here – one that reflects a certain connection with other east-Asian porcelain traditions. 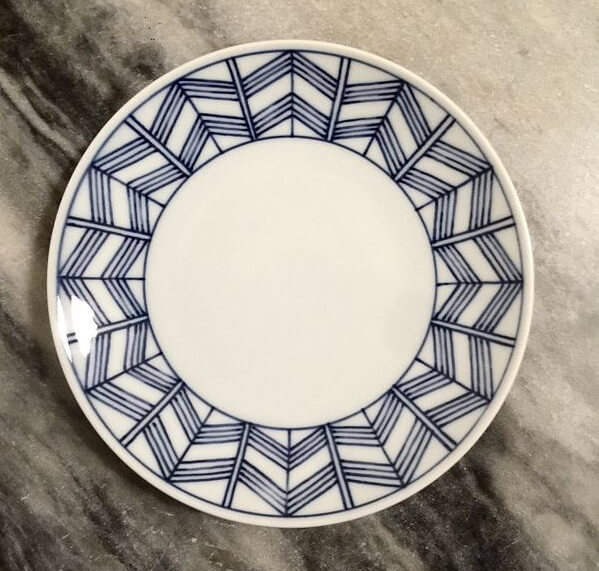 It is well-known that while Japan was the only port city conducting business with international traders, the sake and soy-sauce exported from Japan was bottled bear the port in the local Hasami-Yaki pots. During the Edo period, many Europeans got their first taste of Japan via these ceramic bottles. 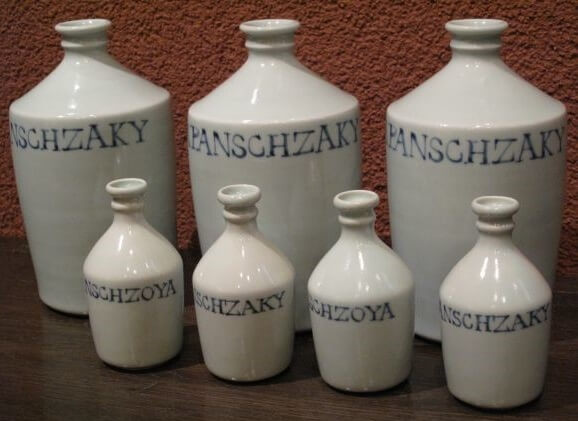 Today, a certain brand of Japanese Shōchū pays homage to the shape of these bottles while retaining the Dutch spelling of Japansch Zaky used in those early trading days by Dutch East Indian Company representatives. These bottles are now warmly remembered as conpura-bin or ‘conpura’ bottles by the locals – a reminder of a simpler time. 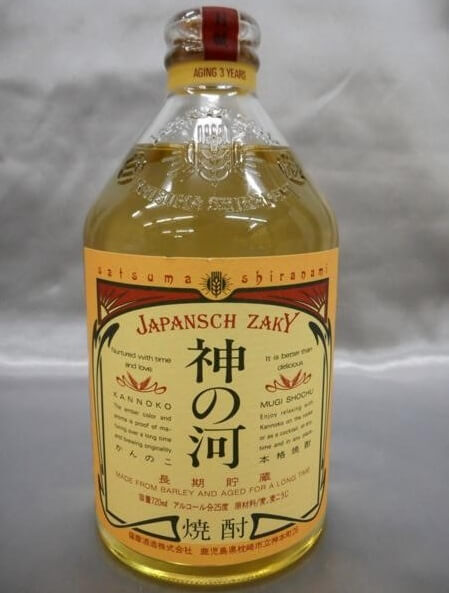 While Hasami wares were filling houses and kitchens throughout the countryside, Mikawachi wares were making their way to the imperial and government capitals. Exemplifying the most luxurious of porcelain wares from the period, Mikawachi artisans too used Chinese methods to unique ends. With their distinct light-blue dye applied with miniature sticks and utensils (underglaze), Mikawachi wares have intricate designs and a certain delicate beauty.  They were often sent as gifts – tokens of the local authority’s loyalty – to the Emperor and Tokugawa Shogunate. 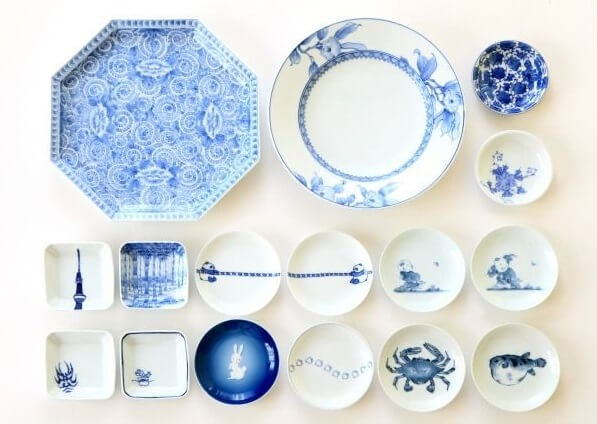 Later, during the 19th century, Mikawachi wares were exported to Europe. At this time, the beautiful peninsula of Hirado, just north of Sasebo was growing in popularity amongst foreign residents of Nagasaki and their visitors from abroad. Pieces with especially ‘Asian’ or ‘Japanese’ traits, as per the European customer’s tastes of the day, were branded as Hirado wares and sold abroad. 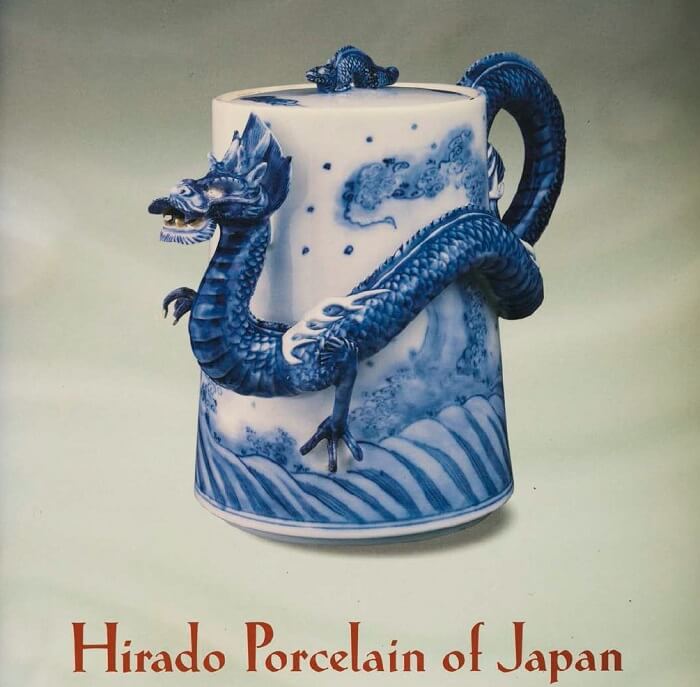 Meanwhile, the artisans at Mikawachi in Sasebo pioneered the field of openwork porcelains, making extremely delicate mesh-like pots of incense and alike. Check out this incredible work – I can hardly believe this is porcelain! 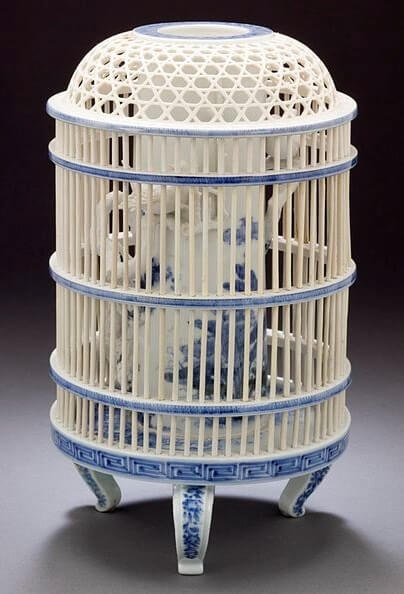 Since the 1700s, the world’s leading tortoise shell artisans were working out of Nagasaki, crafting combs, brushes, jewelry boxes, and various other ornaments with materials obtained at the port. The popularity of these items has waned in light of declining tortoise populations worldwide, but their history and trade as antiques continues. Tortoise shell collectors take this stuff really seriously. And I think I can see why. This is a timeless, understated beauty to these items. Remember JFK’s famous weekend shades? That’s right, the legendary wayfarer sunglasses – these all-American shades drew direct inspiration from the type of polished tortoise shell wares perfected in and around Nagasaki city some 300 years ago. 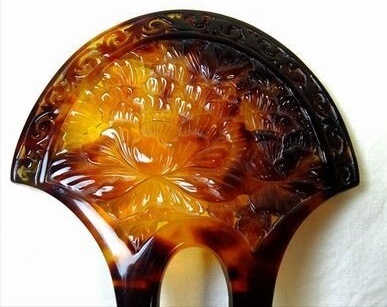 Today, synthetics are made with all the same beauty and charm. Meanwhile, more and more tortoises are spared as conservation groups work hard to protect their small numbers.

For over 1200 years, the people of Tsushima off the coast of Nagasaki Prefecture have been perfecting ink stones beloved by some of Japan’s top calligraphy artists. An irreplaceable tool used as a base when grinding and mixing the ink with water, calligraphy ink stones are truly the artist’s best friend.

It is said that the most distinct feature of Wakata Ishisuzuri is their nondescript, natural shape and design. These no frills rocks have nothing in way of ornamentation – nothing gets in the way, I mean. Take a look for yourself. 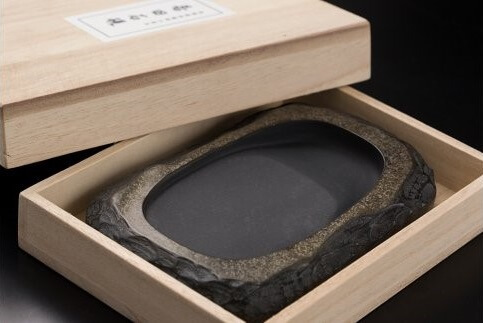 Finally we have Sasebo’s battling, spinning tops: kenka koma. While tops are found all over Kyushu – each region with its own unique style and history, of course – the Sasebo brand is special for its use in a competitive, battle-like game. Using string wrapped around its polished and painted wooden body, players rip the cord and let their tops spin at one another. 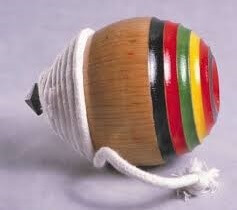 Sound familiar? Remember the massively popular Beyblade TV and toy series that took North America by storm around 1999? Well I am willing to bet that the Beyblade anime series (a Japanese creation) was directly influenced but this centuries-old traditional craft from Sasebo! 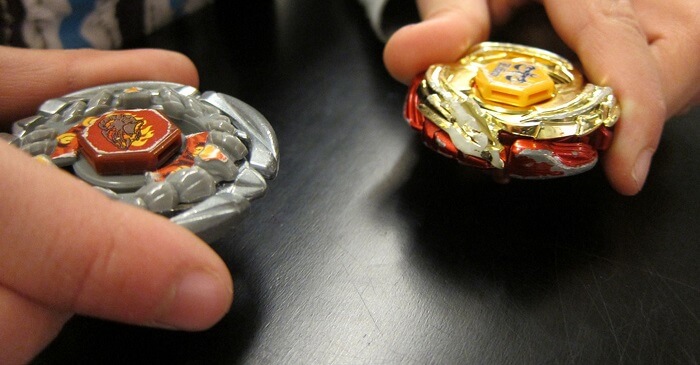 Nagasaki’s international reach just keeps on going, doesn’t it?
Stay tuned next time when we travel to another region of Japan to investigate their unique traditions of artisan workshops and wares.